A couple from Georgia has learned the hard way that diluting breastmilk with water is very dangerous to a baby after their 10-month-old baby died of water intoxication. In layman’s terms, this means that the baby died because of drinking too much water!

When Lauren Fristid realized she was not producing enough milk for her newborn baby, the young mom did not buy formula to feed the baby. Instead, she and Herbert Landrell (the baby’s father) fed the child with breastmilk added with water to increase its volume.

Little did the couple know that they were slowly killing their child by giving it too much water than its body could handle. Because of its small mass, a baby is more susceptible to water intoxication than adults. 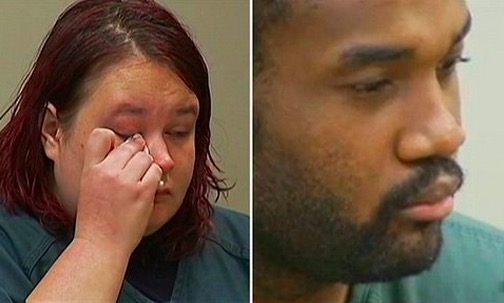 The couple had no idea that they were providing the baby with too much water than its body could process and safely eliminate. In the end, the child died. It is possible it also suffered before dying as water intoxication often leads to brain damage and seizures.

They are now facing murder charges, especially because they were directly responsible for the child’s death even if they meant well. After all, there are lots of opportunities in the US to feed a child even if you are poor as the government and several non-profit agencies offer solutions to similar situations.

These days, parents are taught in hospitals how to feed their babies, including how to properly breastfeed the child. According to the St. Louis Children’s Hospital, breastmilk or a correctly prepared formula provides enough fluids for healthy babies to take.

There is no need to give the child some water; though if given, water should be limited to just 2 to 3 ounces at any given time. Moreover, water should only be given after the child is full with milk.

Giving more than that limit makes the child susceptible to water intoxication which can directly affect the brain, leading to seizures, brain damage, and death.