Birthdays are among the most important moments in a person’s life. This is the reason why most parents would spend a lot of money on their children’s birthday parties! But often, that only happens when the kids are young. As they get older, birthday parties tend to be less expensive, less lavish.

Recently, a Thai policeman shared the story of how he caught a speeding teen – only for the young man to cry because he was actually feeling depressed because his family forgot that it is his birthday on that day. 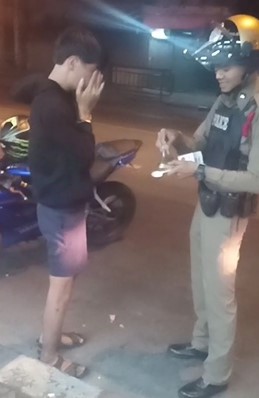 The police officer, Kanokpan Putthapong, shared the story on social media where it would go viral. Netizens admired the policeman for his kindness to the teen. They hope, however, that the young man would get his license and to not be affected about his feelings so badly that he would go speeding.

According to Putthapong, he was on duty one night when he noticed the teen speeding on his motorcycle. What’s worse, the kid was not only going too fast, he was not wearing a helmet at all! It’s a recipe for disaster.

But when Putthapong apprehended the young man, he burst out into tears. He admitted his fault and was ready to face the consequences of his action. However, he also told the policeman that he was doing that because he was depressed as his family forgot his birthday. He had actually stormed out of his brother’s condo unit because his family was just ignoring him. 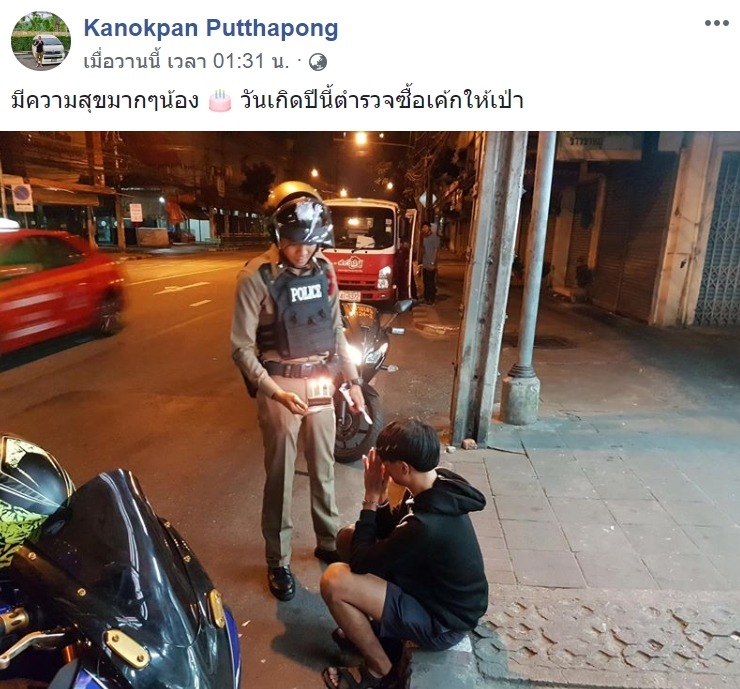 Taking pity on the kid, the policeman decided to get him a cake! He went to the nearest 7-Eleven to buy the kid a small cake and some candles to blow. What a sweet surprise!

“Happy birthday, bro. This year, the police will buy you a birthday cake,” Putthapong shared.

What’s the Legal Age for Driving?

While the number varies across countries, the usual legal age for driving is 18. This is something that’s imposed in the Philippines.