Astronomers studying a binary star system in Cygnus constellation have predicted that KIC 983222 will merge and result in a detonation that will be so massive that the resulting ‘red nova’ will be visible to the naked eye from planet Earth!

That means that you wouldn’t need a telescope to see the explosion’s light, if it happens.

The prediction was made by astronomer Lary Molnar and by his team of college student astronomers at Calvin College in Michigan, USA.

“It will be a very dramatic change in the sky, as anyone can see it. You won’t need a telescope to tell me in 2022 whether I was wrong or I was right,” Molnar confidently said. 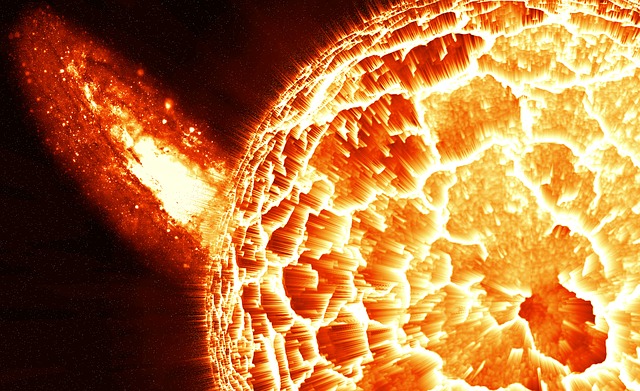 Molnar had been studying KIC 9832227 ever since the unique star system was discovered. With the help of colleagues Henry Kabul from University of Wyoming and Karen Kinemuchi from Apache Point Observatory in New Mexico as well as his class, Molnar tracked KIC 9832227 and studied the twin stars.

One day, however, one of Molnar’s assistants noticed that the stars appeared to share an atmosphere which was likened to “two peanuts sharing a single shell”. This led to the hypothesis that the system could suffer the same fate as V1309 Scorpii, the twin star system studied by the Polish-run program Optical Gravitational Lensing Experiment (OGLE) using data from the Las Campanas Observatory in Chile.

V1309 Scorpii was comprised of two stars which not only shared an atmosphere but were so close to each other that they actually touch. But the scientists were surprised when it suddenly burst into flames and became a bright red nova that was so brilliant that at its peak, it rivaled the most powerful stars in the Galaxy!

Seeing that KIC 9832227 was so similar to V1309 Scorpii, Molnar and his team predicted that it would also suffer the same fate and produce a brilliant red nova as it merges into one star! For now, the team continues to study the system and could not yet release the exact date but they firmly believe that their prediction will come true within the next 5 years.

“[If] the prediction is correct, then for the first time in history, parents will be able to point to a dark spot in the sky and say, ‘Watch, kids, there’s a star hiding in there, but soon it’s going to light up,’” says Matt Walhout, dean for research and scholarship at Calvin College.