Learning how to swim is something that should really be taught to all kids – and the earlier the kids learn how to swim, the better; because we really do not know when accidents will happen.

Take for example this story of a 2-year-old boy whose name was withheld for privacy reasons. The young lad had ventured out of their apartment in the Village at Rivers Edge in West Valley City, Utah. His parents did not notice that he was able to get out of their apartment and had reached the community swimming pool.

Despite the pool being enclosed with a fence, the child was able to crawl through the bottom part of the gate and, based on the CCTV footage, was able to play at the shallow part of the pool for some 10 minutes when he accidentally went too far and began drowning in the deeper portion of the swimming pool. 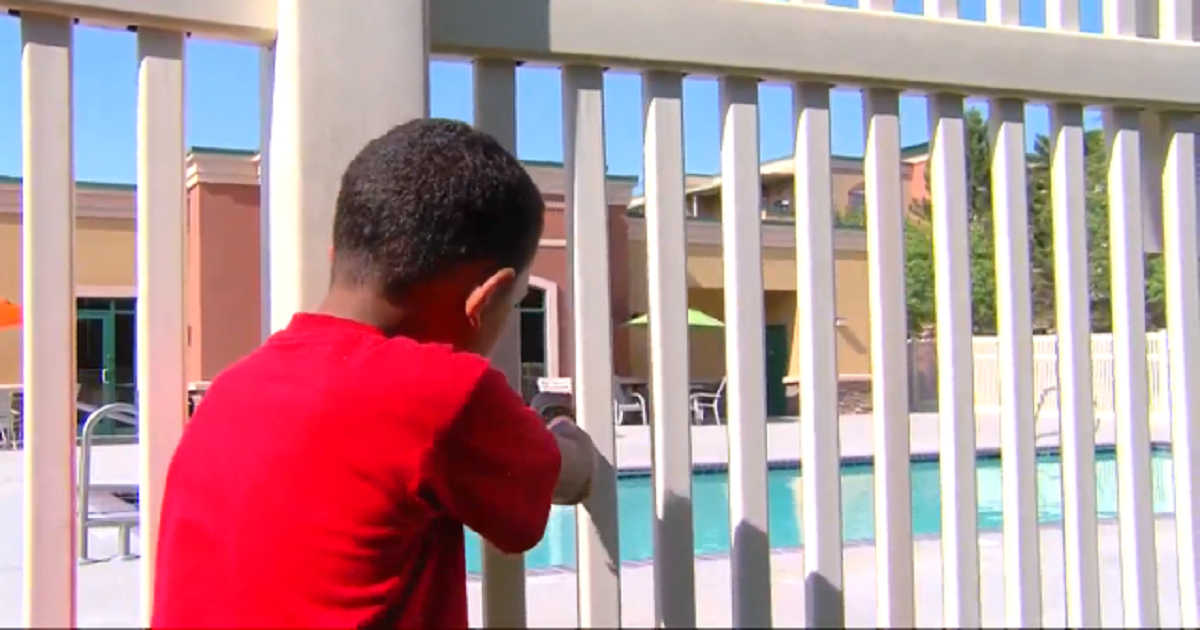 He had been struggling to stay afloat for around 4 minutes when 7-year-old Cesar Galeana happened to pass by and save his life! Galeana was merely walking from his own home towards a cousin’s house just a few apartments away when noticed movement and splashing at the pool area.

Seeing the drowning child through the fence and realizing that no one was around, Galeana quickly jumped up the fence and pull the younger child out of the water! Then, he ran to the village office to get help and went back to the boy.

Medics soon arrived to resuscitate the child and bring him to the hospital where he was able to make a full recovery.

Had he been in the water for a few minutes longer, the boy could have died! It was a good thing, really, that Galeana was able to save him just in the nick of time!

“In the nick of time” is an idiom which means “just before it’s too late”.