Like other overseas Filipino workers, Miezel Cagas Limbaga, 31 years old, went abroad in the hopes of being a better provider for her family. Unfortunately, she was hired by bad employers.

Despite the fact that Limbaga worked hard for the family and did not have any days off, they often hit her. According to the Inquirer report, Janardana once “grabbed Limbaga’s t-shirt and dragged her to the master bedroom at night. He was unhappy with her for opening the fridge and microwave earlier that day, and accused her of stealing food.”

The couple took turns hitting the poor maid with Janardana slapping and punching her. Vidya, on the other hand, grabbed her neck. 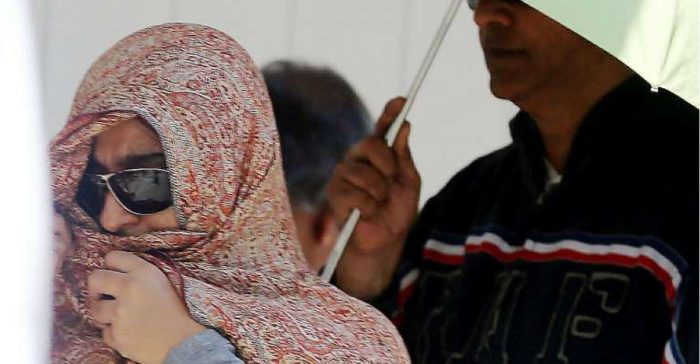 Fortunately, another Filipina noticed the bruises on Limbaga’s arms, face and chest. They filed a police report and officers quickly arrived to apprehend the Jayasankarrs in their Ang Mo Kio home.

Limbaga was then sent to the Khoo Teck Puat Hospital where it was discovered that she had “bruising on her scalp, cheeks, upper chest, back, sacral area and left hip,” the Inquirer reported.

The couple eventually pleaded guilty when they were asked to appear before a court and agreed to give Limbaga a compensation of $1,000 but the persecution said the amount was not enough for Limbaga’s loss of earnings. They demanded that the couple give her as much as $4,800 since Limbaga has stopped working for them since January 2015. During her stay with them, she was paid $400 a month.

Vidya was jailed for a week while Janardana will be sentenced on February 19.

Netizens across the world expressed sympathy for Limbaga but some argue that the sentence of 1 week jail-time isn’t enough to teach the abusers a lesson. Facebook user Ynez Cerrito commented “The husband and wife should be put in jail all their life. They treated their maid worst than animal.”