MANILA, Philippines- Clueless on how to cast your votes abroad?

Registered overseas Filipino voters can vote from April 9 to May 9, 2016 in two ways: personal voting or postal manual voting system. 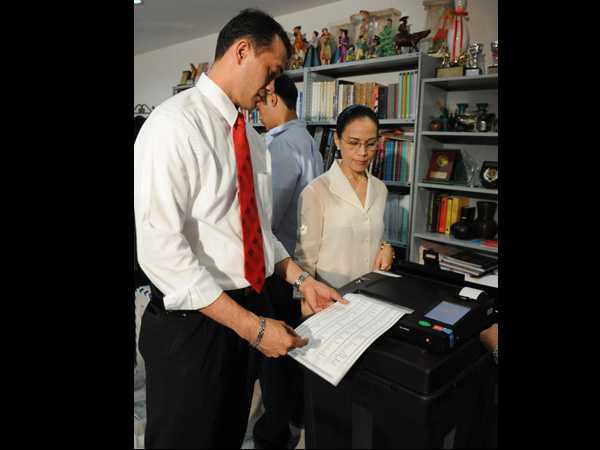 If the host city/country is offering personal voting, the voter should go to the designated Philippine foreign service posts such as consulates, embassies or economic zones, to cast his or her votes. The identity of the registered voter will be verified by a Special Board of Election Inspectors by biometrics.

Following verification, the voter can get his or her ballot as well as a ballot secrecy folder then go to to the voting area to accomplish the ballot. If the service post has an automated election system, the voter will feed his or her ballot to the vote-counting machine (VCM). Posts adopting a manual election system will require voters to fold the ballot in the same manner as they received it and put it inside the ballot box.

Host countries/cities offering a postal manual election system will either mail ballots or have registered voters pick their ballot up. After accomplishing the ballot and affixing his or her thumb mark in the space provided in the ballot, the voter must detach the ballot coupon, put it inside a ballot envelope, seal it with a paper seal before mailing it to the service post.

According to the Comelec, ballots must be folded properly and should not be damaged or crumpled.

For list of Philippine foreign service posts, check out this link.

According to the Comelec, there are 1,376,067 Filipinos who registered as overseas absentee voters for the upcoming 2016 national elections. Of this figure, 1,326,728 are land-based voters, while 49,339 are seafarers.

Still, Comelec wants to increase the turnout for overseas absentee voting as only 16.11% of the overseas voters in the 2013 polls cast their votes.

Comelec Commissioner Arthur Lim urged overseas voters: “Let your voice be heard in choosing our leaders, because these leaders will rule over us and will lay down policies that will really affect you as overseas Filipino workers.”