It is said that those who have the least are often the ones who readily share to those in need, most likely because they can empathize with others since they know how it feels to have no money at all.

While this does not hold true for all situations, there are many times when this has been proven correct. Take for example this social experiment created by vlogger Johal.

First, Johal secretly placed a good amount of money inside the pocket of a sleeping homeless guy’s bag, making sure it sticks out so the man could easily see it when he wakes up. Then, he waited patiently until the man wakes up, filming to see the guy’s reaction.

Shortly upon waking up, the homeless man spots the money. Since there was no one around, he knows the money was given to him by some generous soul. He quickly walks towards a nearby retail store to buy some goods, later revealed as a sleeping bag and blanket.

When he got back to his bench, Johal arrives and sits on the other bench while loudly talking about how he’s having trouble finding money for his sick daughter. The other guy couldn’t help but tune in to the one-sided conversation. 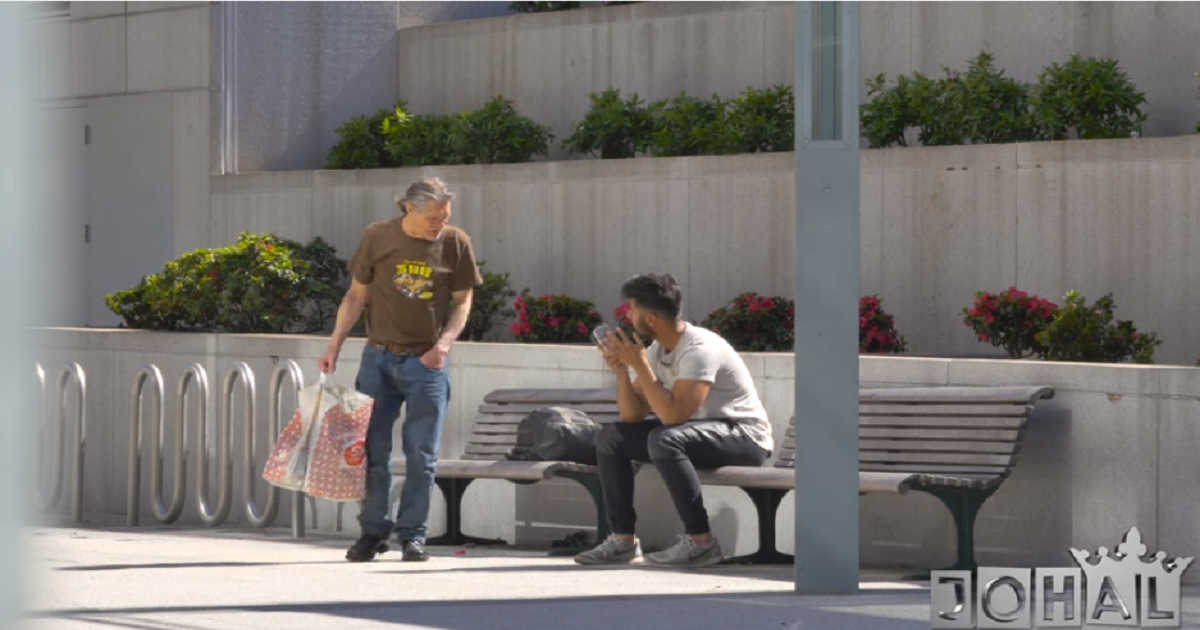 Screenshot of video by Johal

Twenty minutes later, the homeless guy is back – sans the shopping bags. He swiftly hands the money (the exact amount he found in his bag earlier) to Johal, telling him to use it for his daughter. Surely, this guy needed the money and the stuff he bought earlier yet he did not hesitate to give it all up just so he could help a stranger!

Indeed, there is still a lot of good left in this world…

Watch the touching moment here and check out the reward for his kindness: