Proving yet again that money can’t buy everything, a rich guy got rejected by the girl he is trying to court – even when he arrived in a flashy car carrying a giant teddy bear he bought for (10,000 yuan) $1,500!

This unnamed guy bought an 8-foot teddy bear so big he had to open the sunroof of his luxurious Porsche car so the giant gift would fit.

He drove to Hangzhou Normal University and carried the giant teddy bear across the campus, easily attracting the attention of the students in the school. By the time he reached the girl, a lot of people have already been following him – on social media and on foot, wanting to know what would happen next. 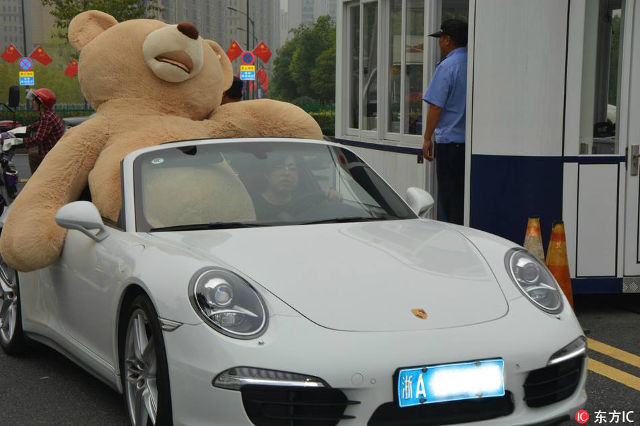 Everyone was surely excited to see if this guy was trying to propose or something like that but they were in for a big surprise. The rich guy made the bear ‘kneel’ and made an elaborate confession about his love for her but even with the giant gift, the girl reportedly rejected him. 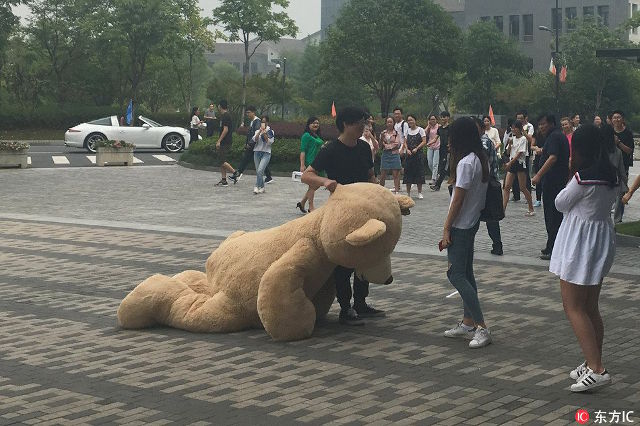 Some versions of the story claimed that the guy still gave the girl the teddy bear before walking back to his Porsche but other said he took the bear back and drove away.

But a number of netizens just didn’t buy the story, saying this might just be a marketing stunt because there are allegedly only four of these giant bears being sold in mainland China. 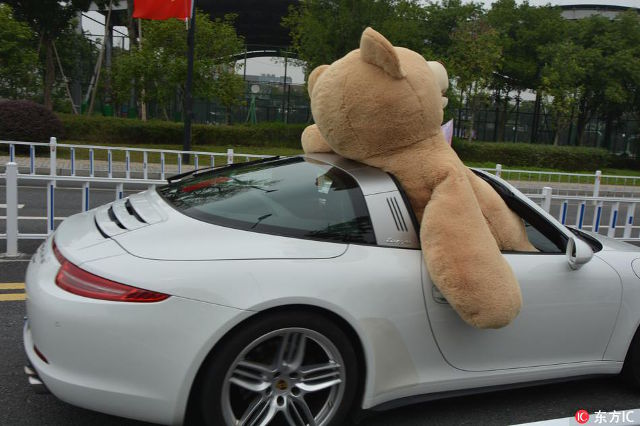 Is the seller trying to drum up publicity so someone would but the bears? Well, if that’s the case, the buyer should at least try to check if the girl he’s giving it to wouldn’t reject him in favour of the bear, just like the guy in this sad story…