It was the last day of his vacation in the Philippines but overseas Filipino worker (OFW) Darrel Fremming never thought it would lead to the loss of his phone and a very close brush with death!

In posts he shared on social media sites, Facebook and YouTube, Darrel shows viewers video of their experience which started out fun at first but ended up in a nightmare.

According to Darrel, together with his cousins, aunt, and uncle, they went to Bukal Falls in Majayjay, Laguna in the Philippines.

The rain was pouring at the time but because there were no warnings against trekking up the falls and the weather did not really look very dangerous, they proceeded to the falls. 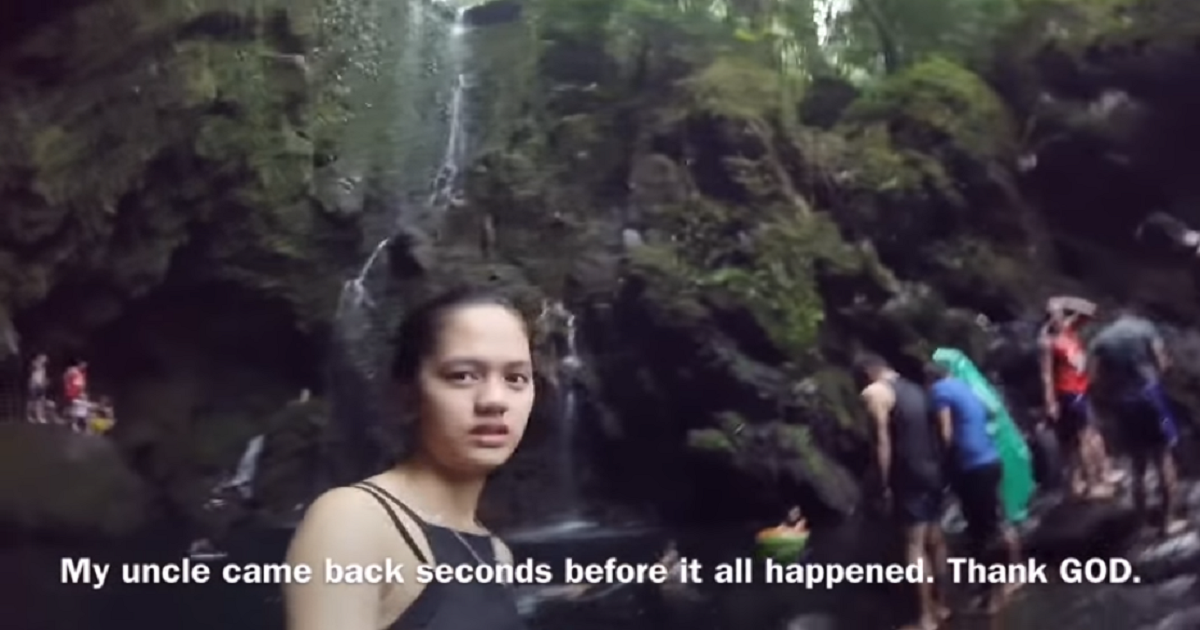 Bukal Falls in Majayjay
Screenshot of video by Darrel Fremming

Their first minutes at the waterfall were awesome. They had fun taking videos and photos as they swam to and from the waterfall or simply pose with the majestic water body in the background. Darrel and his uncle even swam towards the waterfall and had just gotten out of the water when “all hell broke loose”, as he would later describe it on video.

It would seem that Mt. Banahaw had been holding on to buckets of downpour from the several days it had been raining. Something must have snapped up the mountain because water suddenly came crashing from the waterfall, straight towards the swimmers having fun in what had been quiet pools just minutes earlier.

In the chaos, Darrel lost his smartphone which contained a lot of “Instagram-worthy” photos but while he lamented about the gadget’s loss, his aunt reminded him that his life was more important – and that he was both lucky and blessed to be alive!

The group was afraid for Edward, Darrel’s cousin, since he was at the path of the water when the flash flood came crashing down but, thankfully, it seems that he is well.

Trekking and having fun to water bodies like Bukal Falls in Majayjay is awesome but always bear in mind that Mother Nature is very powerful; so, try to avoid visits during rainy season, especially after days of heavy downpour.