Bonifacio Global City is an alluring city in the Philippines that was able to maintain a vibrant atmosphere while becoming a place of beauty teaming with life, warmth, and energy.

This is because you feel the serenity and cleanliness of the city. One thing that they did was to have cats that roam around the city, giving joy to everyone who visits and at the same time, keeping rats at bay, all the while keeping the city clean and welcoming.

However, a heartbroken Facebook post is being shared now on social media. In it is a revelation so heartbreaking and disappointing that everyone is encouraging all those who will be able to read to take action.

This involves the awesome and friendly felines that give life to the city. 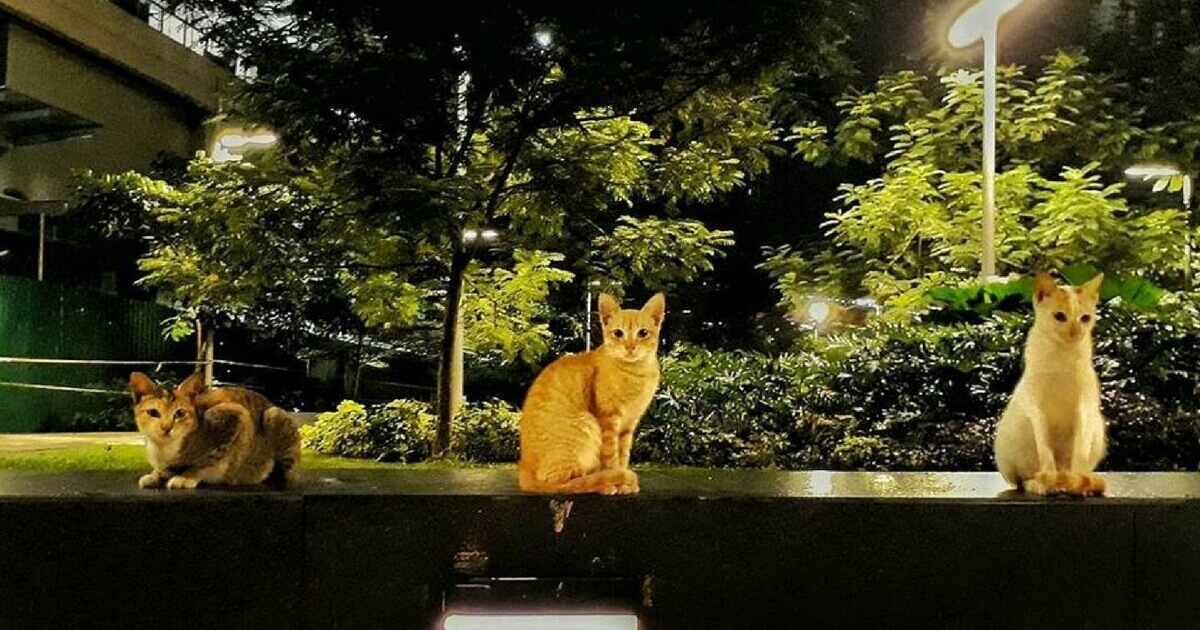 Apparently, Shangri-la at the Fort’s management didn’t want the cats on their property. But instead of calling PAWS or any organization that can help them, they called and availed the service of PetBusters, a pest control service provider in Quezon City.

The company worked at night, even stepping over their boundaries. When they should have only taken care of the cats in the vicinity of Shangri-la, the one who paid them, they overstepped and took even the cats in the Ayala vicinity.

It was seen by the Ayala guards on duty. Not once, not twice, but several times, and always in the dead of the night, according to the post.

Now the question remains; where are the BGC cats? People are at an outrage. They want their cats back. They want to be able to take care and play with the cats again.

Some sources claim that Pest Busters denied ever killing the cats, but as the post say, if they didn’t kill the cats, it would have been easy to return them to their homes, even in the Ayala property. After all, Shangri-la was the one who paid for their service. Ayala didn’t want to get rid of the pets at all.

People were not shy about letting their anger be heard by PestBusters and Shangri-la hotel. Head over to their pages and see how many angry citizens gave them 1 star and angry comments on their rating page. Some even said that if there is a way to give less than 1 star, they would have gladly give that. 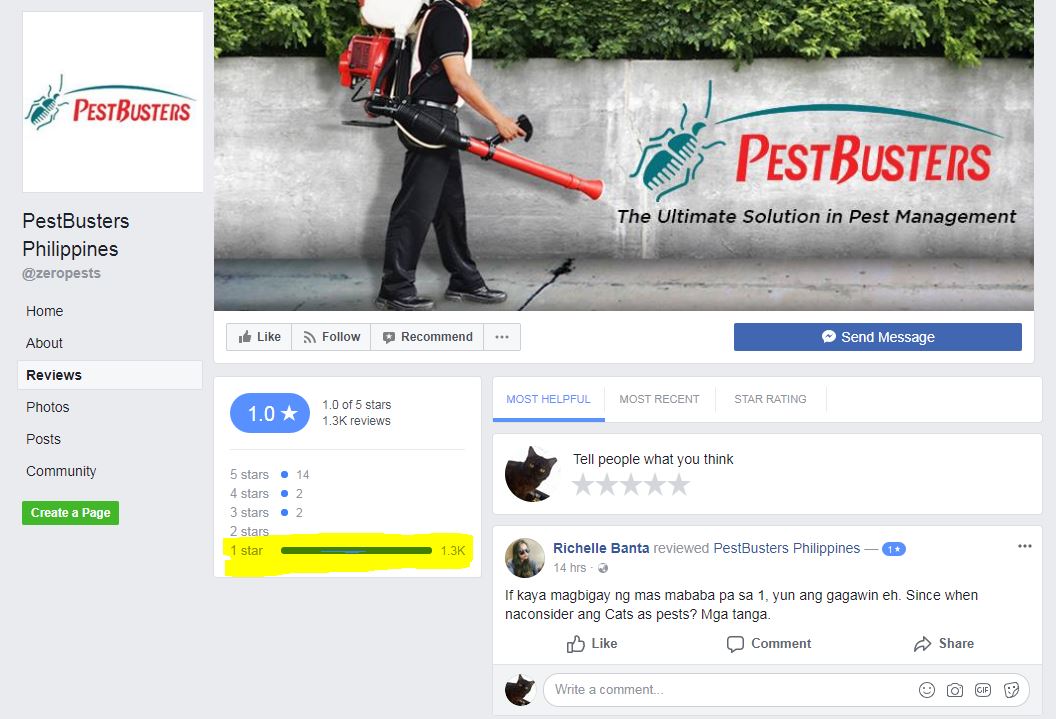 People are one in posting the same reviews as you can see below. 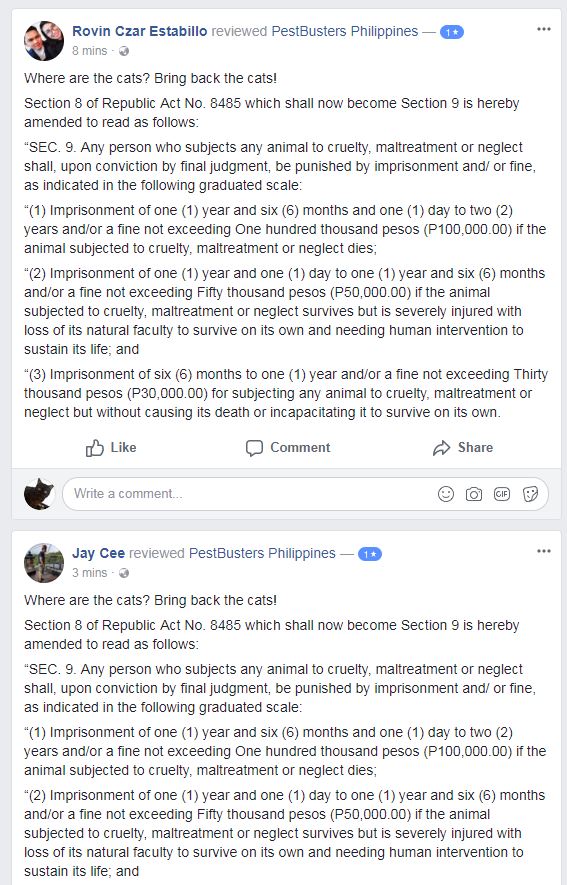 Even Shangri-la’s thousands of 5-star rating didn’t save their page from flopping down with all the hate comments it got. 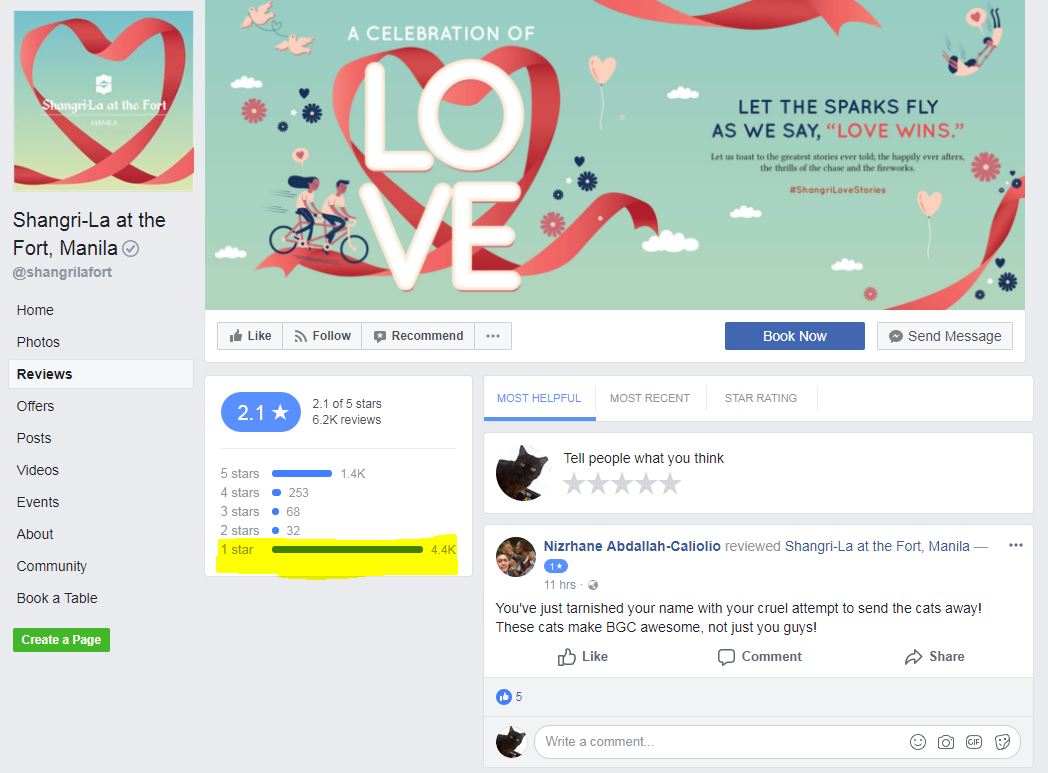 Angry netizens can’t help but express their disappointment at the hotel’s decision to get rid of the cats. 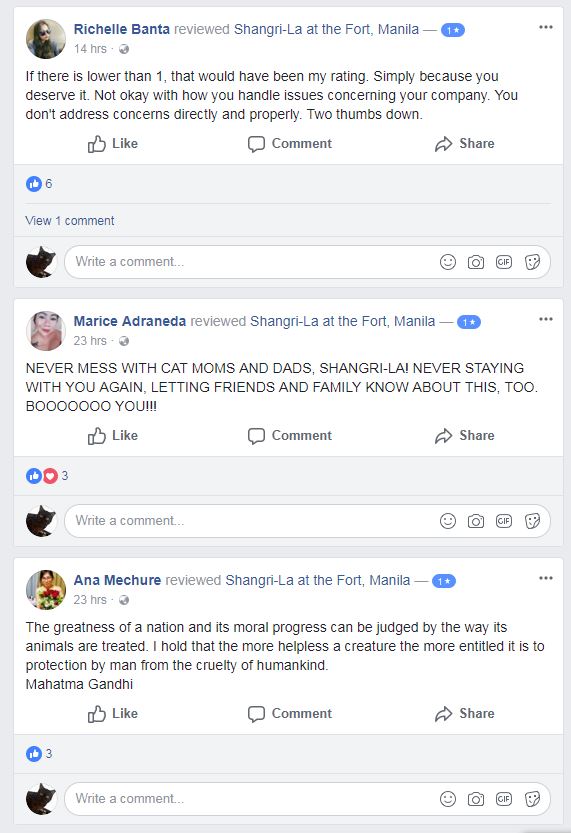 What can you say about this? We just hope that these cats weren’t killed even if there is only a small chance for that.

Have you posted a review on their pages about how you feel?

Here is what the public is posting:

Where are the cats of BGC?

Section 8 of Republic Act No. 8485 which shall now become Section 9 is hereby amended to read as follows:

“SEC. 9. Any person who subjects any animal to cruelty, maltreatment or neglect shall, upon conviction by final judgment, be punished by imprisonment and/ or fine, as indicated in the following graduated scale:

“(2) Imprisonment of one (1) year and one (1) day to one (1) year and six (6) months and/or a fine not exceeding Fifty thousand pesos (P50,000.00) if the animal subjected to cruelty, maltreatment or neglect survives but is severely injured with loss of its natural faculty to survive on its own and needing human intervention to sustain its life; and

“(3) Imprisonment of six (6) months to one (1) year and/or a fine not exceeding Thirty thousand pesos (P30,000.00) for subjecting any animal to cruelty, maltreatment or neglect but without causing its death or incapacitating it to survive on its own.