Some people are so talented and musically-gifted they don’t actually need a musical instrument to make ear-pleasing tunes.

Hailing from Prague, Petr Spatina is one such a guy. 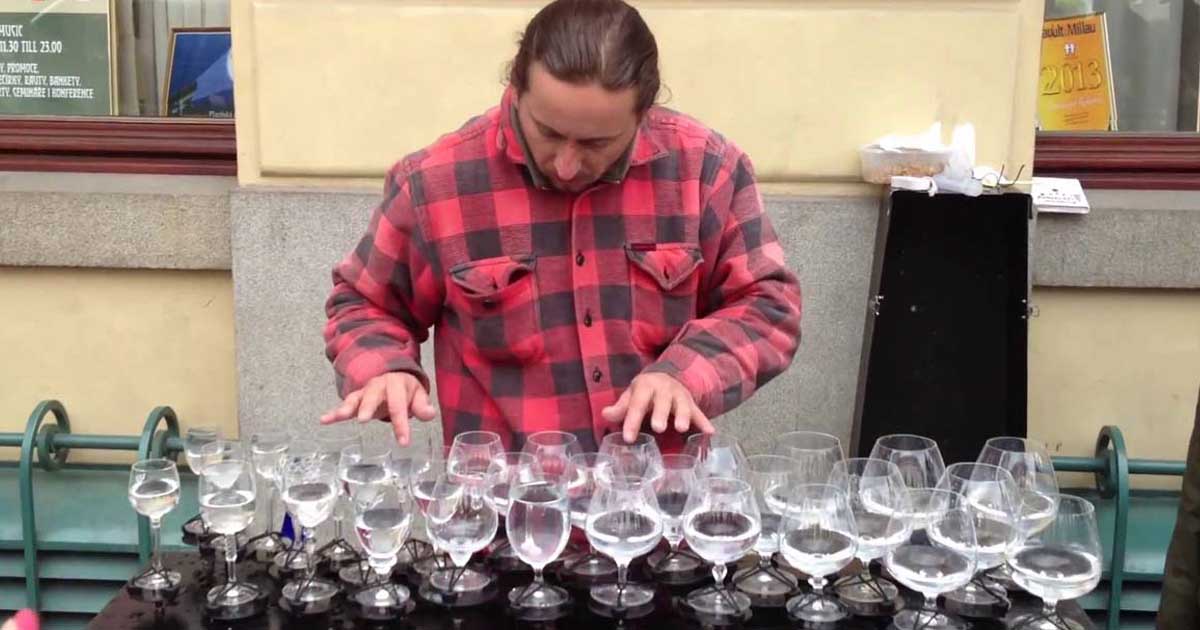 Instead of using a traditional instrument, this innovative street musician uses glasses filled with water to create his music – and people are so impressed with his amazing talent.

The video below featuring Petr on the streets of Prague was uploaded by the Street Performers Got Talent! channel over at YouTube.

Watch the jaw-dropping performance of the ‘Glass Harpist’ here:

Since being posted online last May 29, 2016, it has racked thousands of views from across the world. In fact, the view count has already reached 261,000 views so far the last time I checked.

“Hauntingly beautiful. If anyone ever finds out where I can purchase this song, please let me know.”

Luffy Mugiwara, on the other hand, couldn’t help but wonder:

“How does that thing work?”

Frankly, I’m wondering about the same thing. I don’t know how he was able to produce that kind of music using such a simple “instrument.” In fact, I got so interested with Petr’s stuff that I decided to research more about him.

I later discovered that he has a Facebook page called Petr Spatina – Glass Harp where he uploads photos and videos of his performances. He has 2,106 followers as of this time but we feel that number will soon go up as he gets more online recognition for his unique work. Besides, more and more sites are starting to share his video performance above.

Go like his page if you are interested to see more. Also, don’t forget to spread the word about this awesome street musician by sharing this post with your social media buddies.