A heart-stopping video shows the moment a motorcycle rider narrowly escapes getting run over by a truck, thanks to his quick reflexes! Everyone watching must have shouted “Whew!” the moment he got up and ran despite falling on the highway.

Each year, millions of people get into road accidents. Sadly, many don’t survive.

But one motorcycle rider fell on the highway and amazingly lived to tell the tale.

Uploaded by Utusan TV, the incident supposedly happened last Monday, January 24 at around 2:17 PM at a still undisclosed location somewhere in Malaysia. 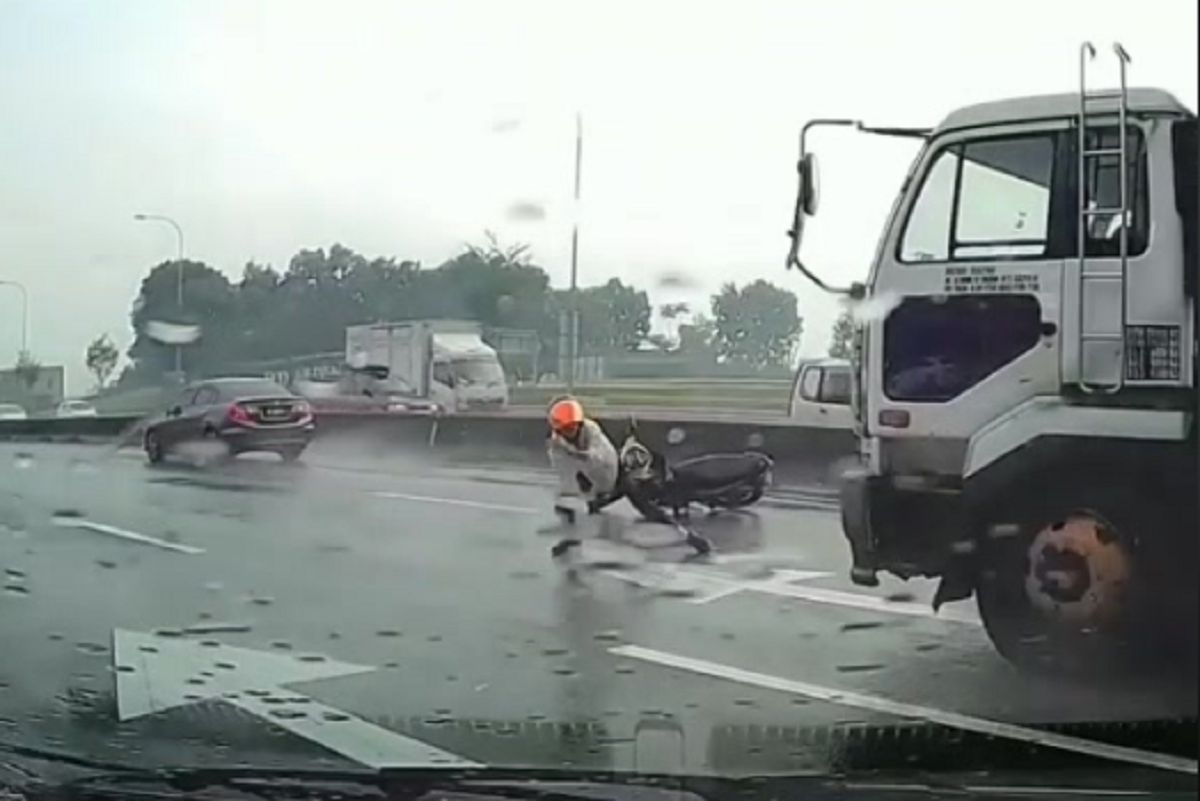 The exact circumstances of the rider’s fall were unknown, but netizens discussed possible reasons why it happened. Some theorized that it’s because of the slippery roads due to the rains. But others think that he lost his balance after his motorcycle side stand hit the road.

Whatever the exact reason might have been for the fall, it was clear that it was a hard one and he would have been hit by the speeding truck behind him if he weren’t so quick to get up and run away!

In the video, the man appeared to be disoriented after falling but upon seeing the oncoming truck which didn’t have enough time to brake, the man quickly stood up and ran to the other lane. 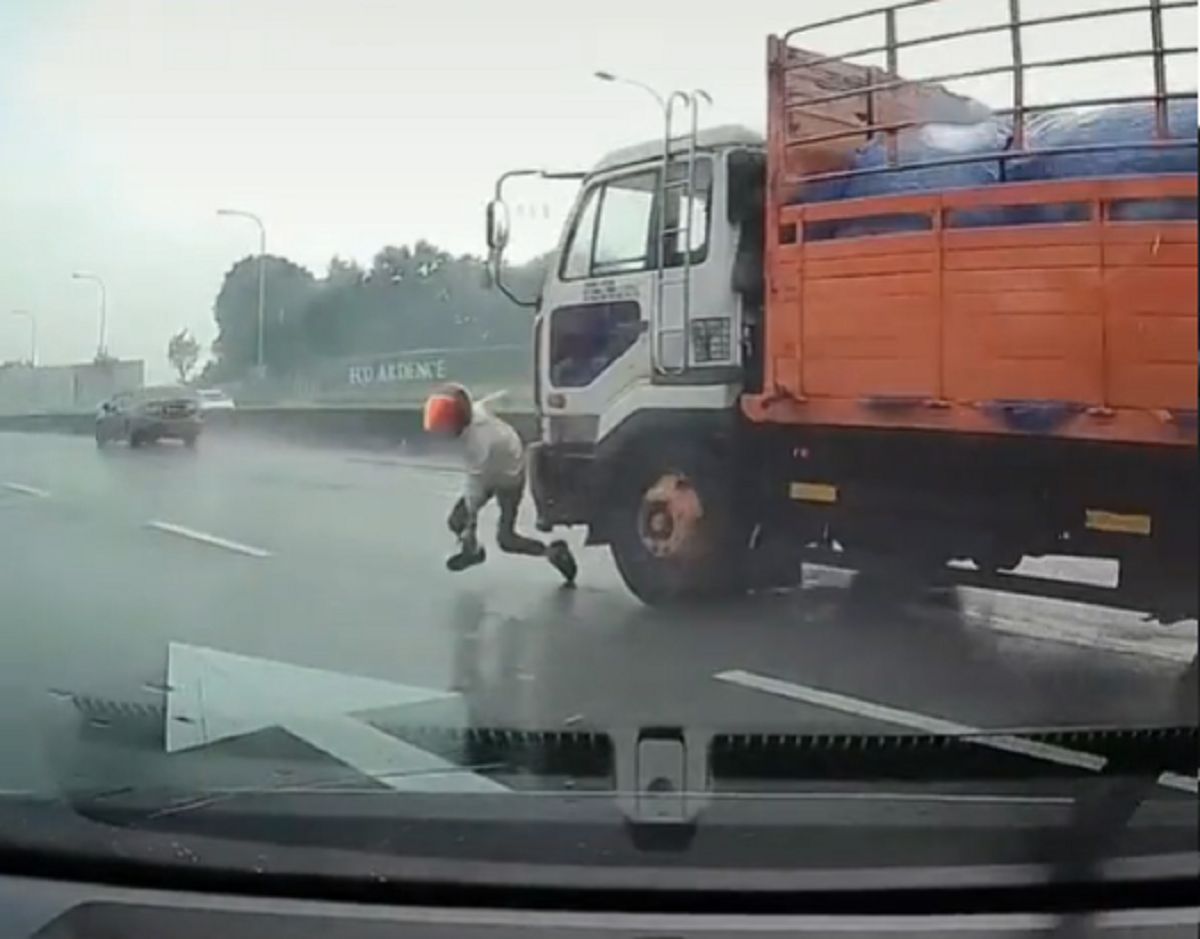 He was quite lucky that he made it just in the nick of time – and luckier, too, that there weren’t any vehicles rushing at the other lane. That would have been disastrous! Whew.

Later, a man claimed that he was the rider on the video.

He went forward to respond to a theory that he fell because of his motorcycle side stand.

“I was trying to avoid another car and maybe that’s when the motorcycle stand fell,” he said.

“If you watch the video closely, I was about to fall before the stand hit the road. Do you think I wouldn’t have noticed all along if the stand had been down?”

Whatever the reason might have been, everyone is just happy that he’s safe.

You might think it’s no big deal to have the side stand sticking out while you’re driving a motorcycle, but in reality, it can be dangerous. It has caused many accidents because the riders lost their balance while on their motorcycle and the side stand hit something, such as the road while making a turn.