Ten years ago, Filipino journalist Kara David met a boy whose family goes diving for sea urchins to earn a living. Because they were actually earning so little from the difficult task, Kara took the boy as a scholar under “Project Malasakit” – and he has recently graduated from college!

Back in 2007, Kara met Joselito Padilla in Bolinao, Pangasinan in the Philippines. As one of the child divers, Joselito caught Kara’s eye because of his drive to continue with his studies despite the fact that he and his family had to spend most of their time in the water, diving for sea urchins which they sell for around Php80 to Php100 per sack.

After gathering a sack’s worth of sea urchins, their father Mang Edgar then brings the children to the nearby Silaki Island so they can go to school.

Despite the hardships they face, Joselito and his siblings remained honor students. This touched Kara so much that he was taken in on the “Project Malasakit” program where donors were able to send him to school. 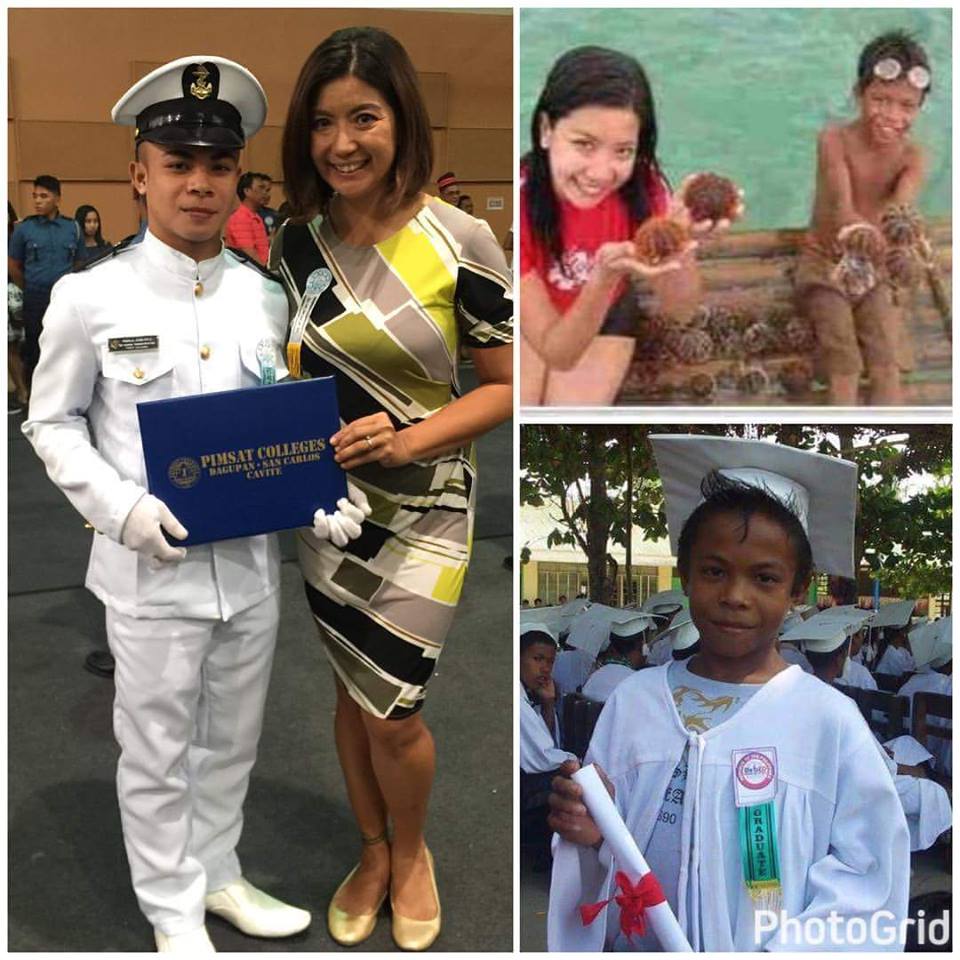 That was 10 years ago. Yesterday, Kara wrote an update on the page to announce that Joselito has graduated from college with the course of BS Marine Transport. She attended his graduation and proudly posts photos to congratulate the young man on his success and to also thank the donors for everything they have done for this young man.

“I met Joselito Padilla ten years ago for an Iwitness documentary on child divers in Bolinao, Pangasinan. He was only in 4th grade when we took him in as a scholar for Project Malasakit.

What is “Project Malasakit”?

On its Facebook page, Kara David defined “Project Malasakit” as a scholarship foundation bridging the gap between Filipinos who want to help and Filipino children who need to be helped. The scholarship program is personally attended by Kara, ensuring that the money goes to the kids.