Home
News
News & Culture
Skydiver Shatters World Records as He Jumped from 25,000 Feet Without a Parachute!

If you think skydiving is scary enough with a parachute on, just try it without one – and I bet you wouldn’t dare! I wouldn’t do it either! But Luke Aikins is not like us and any other person on Earth, for that matter, because he dared take on the challenge and jumped from 25,000 feet without a parachute or a wingsuit on! Yeah, he’s one crazy daredevil – but, thankfully, he survived the feat to tell the tale… and even did it on live TV!

On Saturday, July 30, 2016, Aikins began the dive from 25,000 without parachute and accomplished something that no human has ever done before, breaking at least one world record – and it would have been quite different if screen actors’ union SAG-Aftra did not change their minds on the last minute.

You see, aside from Aikins actually having second thoughts about doing the jump because he does have a wife and son who would surely be extremely devastated if the daredevil stunt goes wrong, SAG-Aftra had also issued a “do not work” order on its members to ban them from working in Aikins’ jump production unless he agrees to actually wear a parachute, for safety purposes. 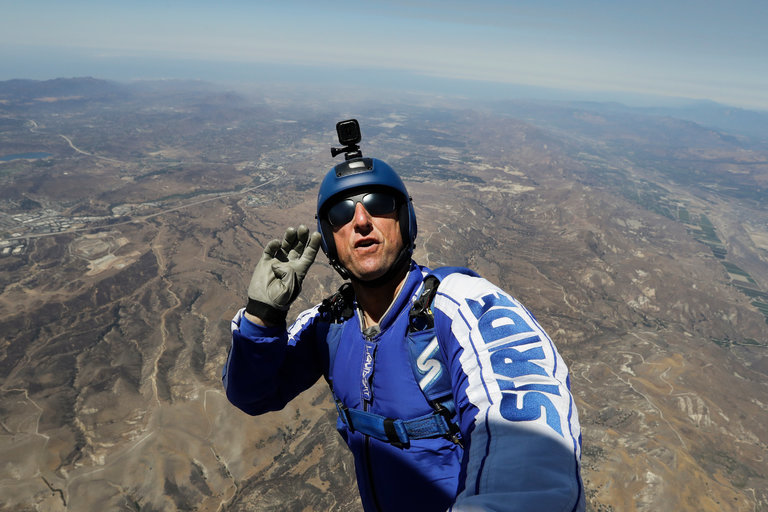 Aikins protested the order, arguing that wearing a parachute will defeat the goals of the jump even if he doesn’t open it – and it will also make the feat more dangerous because the parachute pack will add more weight to his body which could affect his planned landing.

With SAG-Aftra insisting on imposing the order, Aikins was forced to wear the parachute for the daredevil stunt was being filmed and broadcast live via Fox. Thankfully, SAG-Aftra changed its mind at the last minute and the ecstatic Aikins removed the parachute before the actual jump.

Prepare for the adrenaline rush you will surely feel as you watch his incredible feat unfold right before your eyes in this astonishing video: