A photo of an Emirates plane that appeared to be fully decked out with diamonds has wowed netizens who wished they could ride such a plane and feel like royalty even for just a few hours. But is the photo for real?

Well, the photo is real alright but the diamonds that made the entire plane sparkle aren’t actually on the real plane but actually just on the photo. Oooops.

It all started when a former dentist who is now a crystal artist, Sara Shakeel, found the perfect photo of an aircraft from Dubai’s flagship airline, Emirates. She carefully decked the plane with crystals, using different colors and sizes that complemented the aircraft’s colors.

The diamond-encrusted photo of the Boeing 777 looked so realistic and so magical that it quickly gained hundreds of thousands of likes on the airline’s official Instagram page. In just 1 day, the picture received over 400k likes on Instagram, with a lot of people hoping the aircraft was for real and that they could ride it one day. 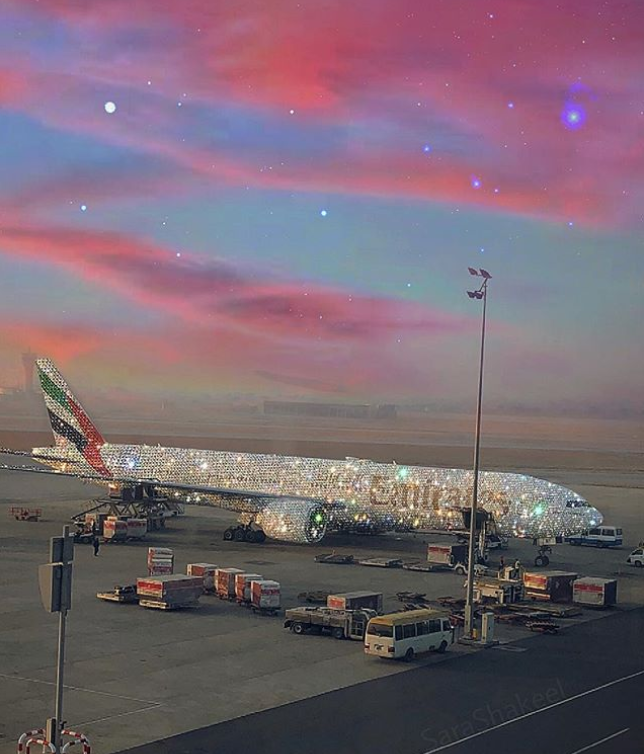 “Presenting the Emirates ‘Bling’ 777,” the airline wrote on its social media account.

Others felt that the aircraft was for real, asking the airline how they can book a ticket on that plane. But some commented that this was going to be some form of hazard once it flies. Apparently, they believe this could be an easy magnet for lightning! Others think it could seriously blind someone on land once the plane takes flight.

But the post itself clarified that this was just an image created by the artist. Still, it does look convincing, right?

There were many who praised the artist for her beautiful artwork, saying that this certainly required a lot of detail for her to achieve this stunning piece.