Mary Seow, 60, is one of the thousands of “McRefugees” who hang out and sleep in the 24-hour McDonald’s outlets in Hong Kong but a news feature led to her bittersweet reunion with the son she has not seen for the last 5 years.

“Until now, I’m still like dreaming,” mused Mary as she prepares to fly home to Singapore with Edward Goh, her 28-year-old son.

In October, the Associated Press did a feature story on the so-called McRefugees hanging out in any of the chain’s 120 outlets across the country. Mary was among those who were interviewed. 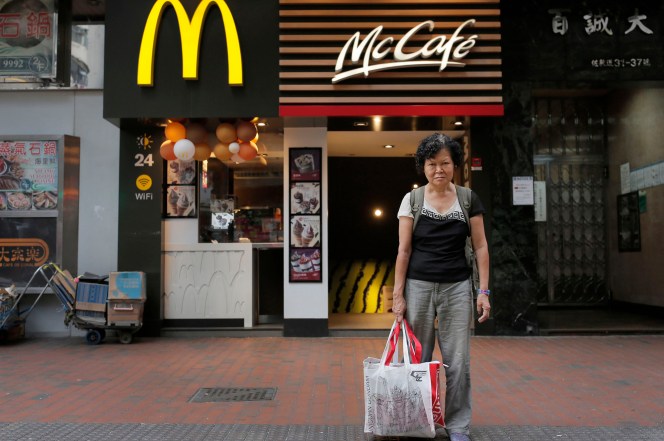 She revealed that she wasn’t always homeless because she used to own a home with her family in Singapore. One day, some Chinese befriended her and later tricked her into selling her home so she could supposedly use the net proceeds to invest in a transport business in China.

Mary willingly sold her home and went with her new business partners but only realized she was scammed once she arrived in mainland China to find that there was no transport business waiting for her there – and she had already lost her money to the swindlers.

Guilty of what she had done, Mary did not seek out her son for help but tried to gain back her money by working odd jobs such as being a street sweeper. In recent years, she had made her way to Hong Kong where she is involved in “parallel trading” where she carries goods from Hong Kong for resellers in mainland China.

Her son quickly flew to Hong Kong upon learning about her plight. 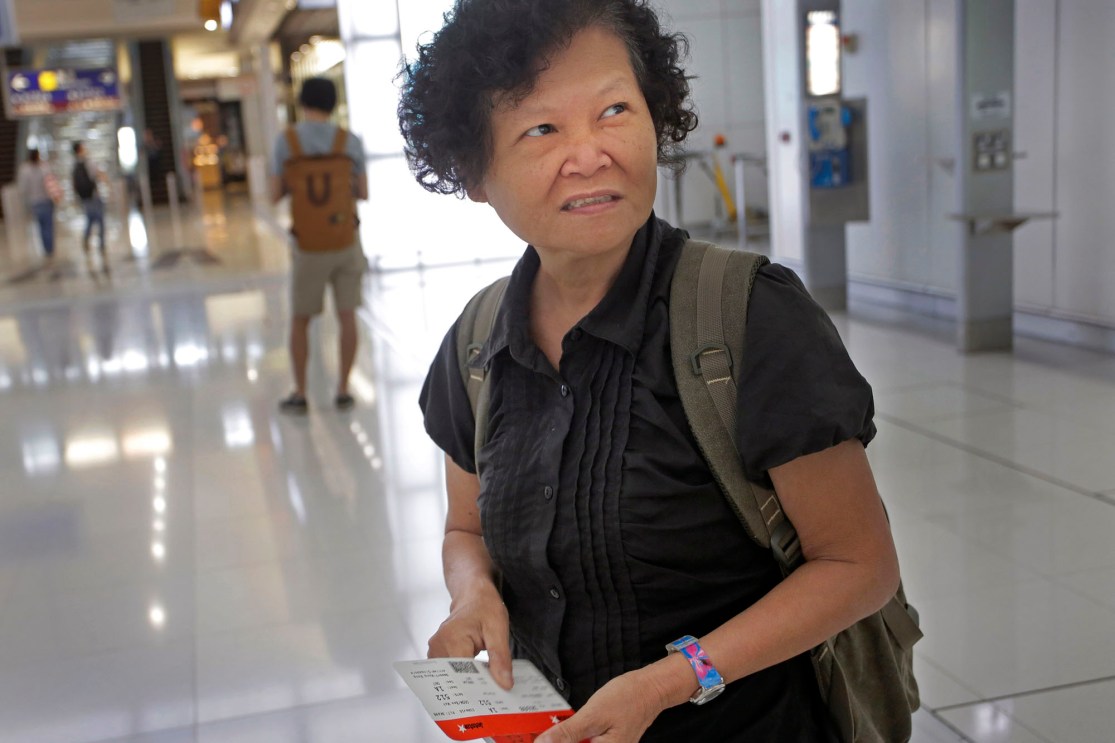 Mary at the airport with her son (in the background)
Photo credit: AP/NY Post

Mary admitted she had mixed feelings about the reunion as she had felt guilty about selling their home but the young man would have nothing of it, saying, “I just want to bring her home.” He said that there will be no drama and that he will try to dredge up the past. At the end of the day, all that matters is that they are reunited.