The Philippines is often battered by storms that bring floods in many parts of the country. But while the Filipinos have to deal with this year after year, it seems that their spirits remain high and they can still find reasons to smile despite the difficult ordeal.

Take for example this photo of a lechon being delivered amid the floods brought by tropical storm ‘Vinta’ in Cagayan de Oro City, southern Philippines.

It’s just a few days before Christmas and many places in the country are celebrating the season with parties. Everyone knows parties in the Philippines often mean lechon. In fact, a lot would say that a party in the country is never complete without lechon! 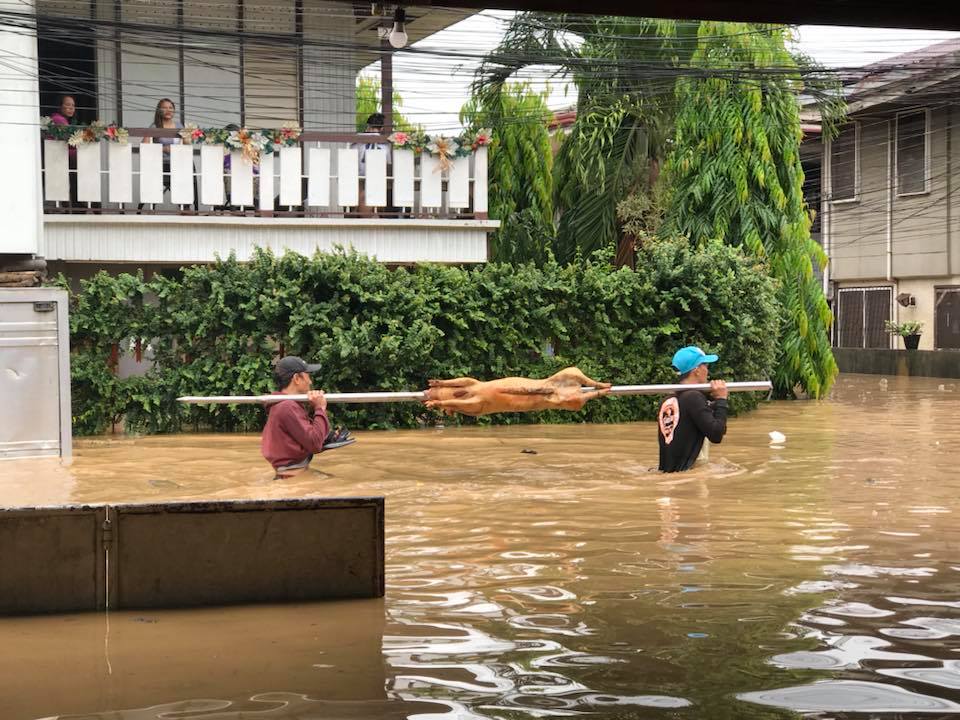 Maceren quickly snapped some photos and posted these on Facebook, joking that he’s inviting everyone to eat lechon with them but the lechoneros just continued on their way and didn’t bring the roasted pig to their house.

The photos would quickly go viral on social media, with people saying that this is typical of Filipinos who can still find good things to celebrate even in the midst of a difficult situation.

Many wondered why the lechoneros still proceeded with the delivery considering that the flood must have changed the family’s party plans but perhaps the family told them to continue with the order because the party will proceed even with the floods? 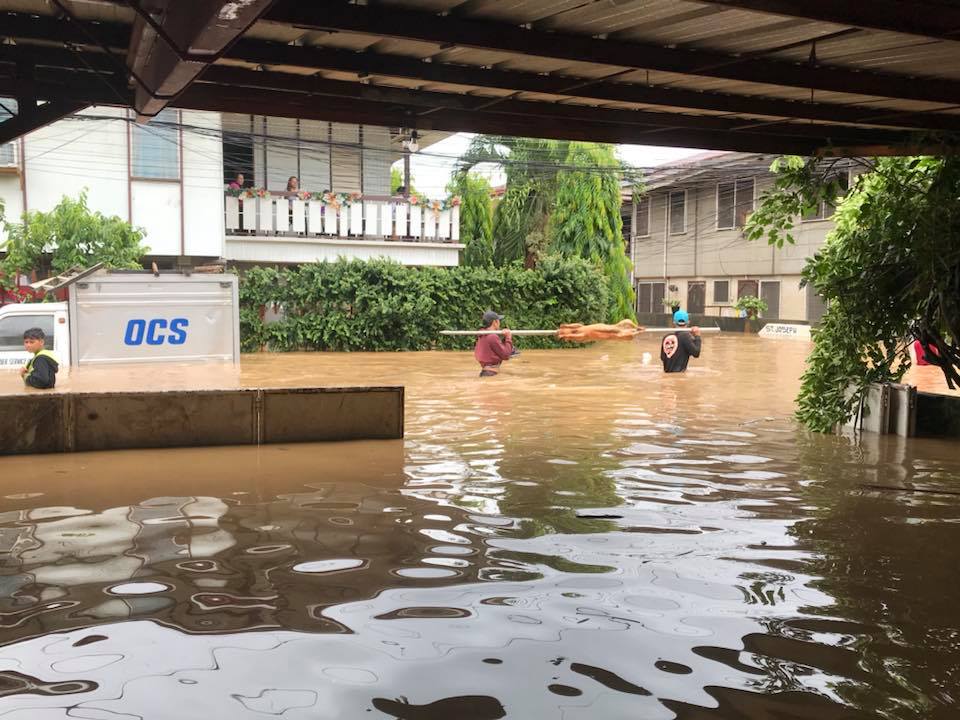 Since Macaren didn’t also know where the guys were taking the lechon and if the party will proceed as planned, we could only wonder but one thing is for sure, those people in that house might be experiencing flood but they definitely had a feast to celebrate Christmas! Yum.