It seems that the winning streak enjoyed by the Philippines in the beauty pageant arena is not limited to real persons! A doll representing the Philippines has won in the recently concluded Miss Beauty Doll 2016 pageant! Isn’t that amazing?

Shawnah Bautista Vasquez, the doll, is a creation of Cholo Ayuyao. On her ‘biography’, Vasquez is a model from Angeles City who also enjoys her life as a ‘prolific blogger’, writing about her modeling career. Aside from that, Vasquez is also a ‘home cook’ and ‘journalism graduate’.

Of course, as a doll, she can’t be those things yet the made-up biography made an impact with the judges – and so did her impressive blue gown filled with sequins.

We’re wondering how share fared with the Question and Answer portion as well as the Talent show, though. LOL. 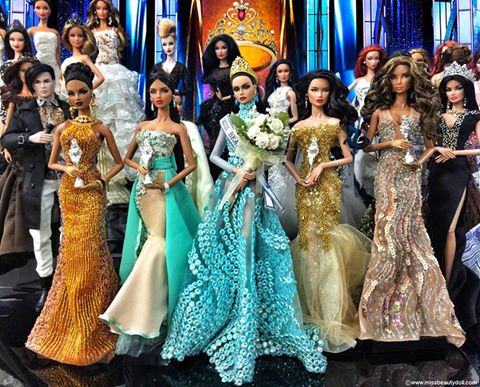 Ayuyao who would later express his gratitude on Facebook for the flood of congratulatory messages he received on social media after the doll won the beauty pageant.

He wrote, “My inbox and notification is so full of your celebratory messages, and im touched to know that you did wait for the results no matter how late it was and shared with me the tension of anticipating the winner.”

But not everyone appreciates his doll, it seems. He would also include this on his post, “To the other people who questioned the feat, it might look like child’s play, but this is personally big for me. I don’t have to justify its existence for your personal validation.”

What is a Beauty Pageant?

A beauty pageant is a contest wherein the primary focus is in the physical attributes of the contestant but other factors, such as talent and wit are also considered as part of the judging process.