Did you know that aside from ride-sharing apps like Uber, Grab, and Wunder, you can also catch a ride on a motorcycle in an app called “Angkas” (Backride)?

Filipinos are truly known for innovation and for brilliant ways of solving tricky situations; thus, ride-sharing solutions such as Angkas were born to solve your commuting problems without also getting stuck in traffic (even if you were on Grab or Uber) because you’re on a motorcycle.

But one young man is suffering the consequences of hailing a motorcycle ride on Angkas after he fell off the bike and hitting his head on the concrete below.

He’s now in critical condition; although the driver is fine. What’s worse is that Angkas has not provided the family with any monetary assistance! 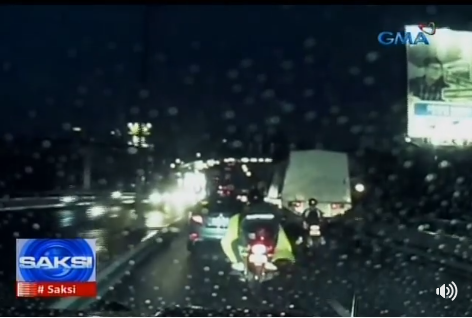 Allen Cajano, a part-time model, caught a ride on Angkas one rainy night. In the dashcam video provided by the SUV driver, the motorcycle driven by Zammy Banzuela could be seen moving from one lane to another one on its left.

But it seems that the car in front of the motorcycle stopped all of a sudden, leading Banzuela to hit the brakes. The sudden action combined with the slippery wet road caused the motorcycle to fall on its side.

While the driver was able to escape mostly uninjured, Cajano could be seen falling from the motorcycle with his head hitting the pavement.

Unfortunately, due to the unexpected events, the SUV (the one with the dashcam) hit him. The SUV driver is helping the family pay for his medical needs. 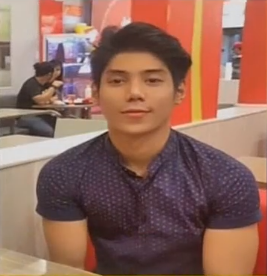 Cajano is now in critical condition but his sister Sunshine Cajano lamented how Angkas is giving them a rather difficult time and wouldn’t give them monetary assistance despite him using the ride-sharing app. His medical bills have surpassed Php 1 million.

The company would later issue a statement detailing that Banzuela is not an employee of Angkas but his ID only signifies that he has the ability to access Angkas App’s booking app.

In short, he’s a rider that can use the app to book passengers but he’s not a direct employee of the company. Despite the company’s response, the family is determined to file charges and seek benefits for the comatose model.