There are a lot of overseas Filipino workers (OFWs) working in Kuwait. Sadly, many of them are abused by their employers and one some are sent to prison for unknown reasons, finding themselves stuck there forever because their agencies seem to have forgotten about them, too.

This is what happened to a domestic helper who goes by the name of Bhaie Mangilen Bairoslanor on Facebook.

According to a concerned netizen named Amalukes Haimen Abubakar, Bairoslanor was sent to prison by her employer for unknown reasons. She has been imprisoned for months. 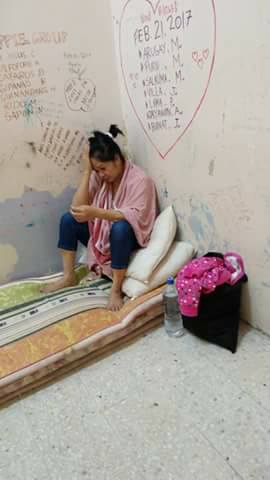 The cell where she was pictured previously had a lot of inmates but according to Abubakar, these other inmates have been released. She was the only one left there.

Abubakar said that he hopes the post would reach proper authorities, especially the Philippine embassy in Kuwait as well as Bairoslanor’s agency so she can find the assistance she needs. 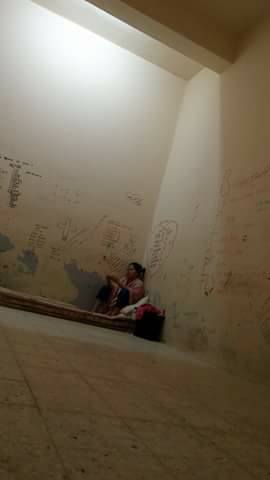 He hopes that by sharing her story, she can be saved from her dire predicament.

Together with the photos, Abubakar also shared a photo of Bairoslanor’s employment details. In the photo, it was revealed that her full name is Nelda Pidtamanan Mangilen, a household service worker from Kabacan, Cotabato in southern Philippines.

She is supposed to be represented by her Philippine recruitment agency, KG & P International Services Inc. based in Ermita, Manila. 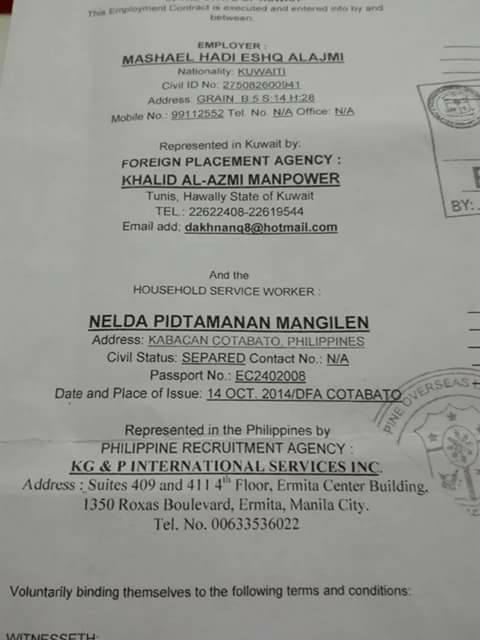 Based on the photo shared by Abubakar, she is employed by a certain Mashael Hadi Eshq Alajmi, a Kuwaiti national. She is represented in Kuwait by Khalid Al-Azmi Manpower.

It is unknown whether Abubakar or other concerned netizens near Bairoslanor tried to contact her agencies or reported her situation to the Philippine embassy but he actively seeks for help via the Facebook post which was later shared by OFW News Portal.