A massive bird of prey was spotted carrying a shark that it plucked out of the ocean. The video goes viral, with netizens expressing their amazement for being able to witness this beautiful sight even if it’s a bit scary to watch… 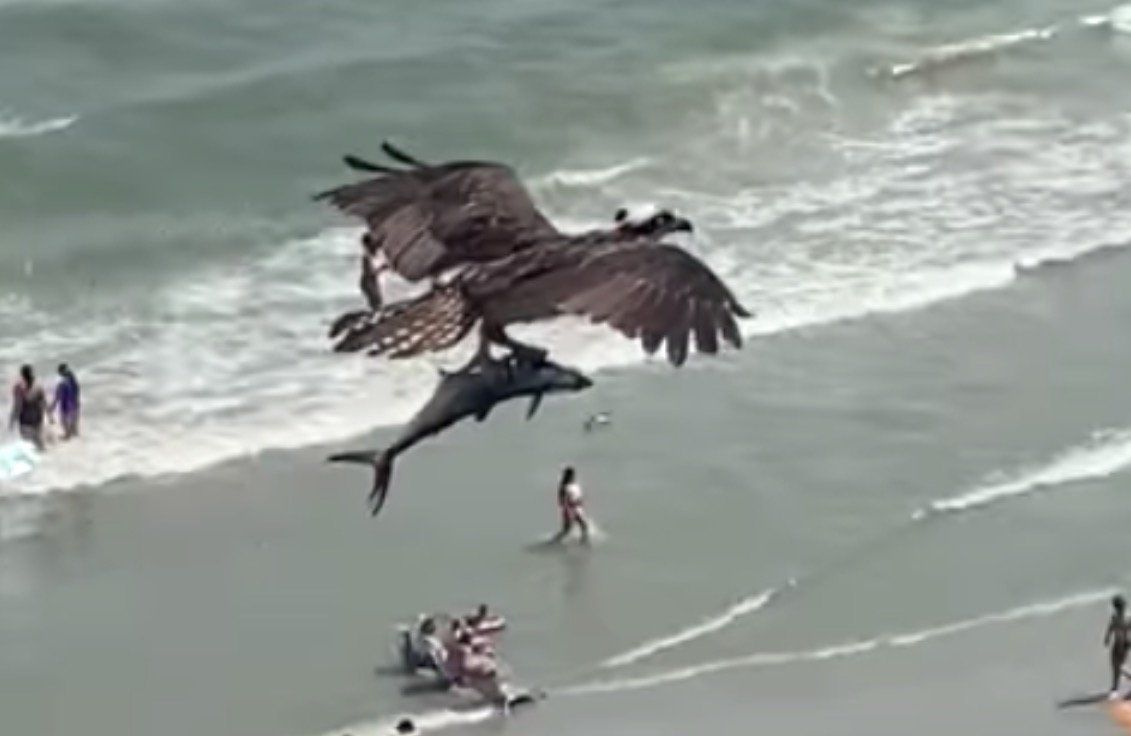 Ashley White, who hails from Tennessee, was able to capture the impressive moment that the massive bird of prey flew over Myrtle Beach in South Carolina while carrying a shark that it plucked from the ocean! The shark tries to wriggle free, but the bird gripped it strongly, its sharp talons digging into the sea animal’s body. 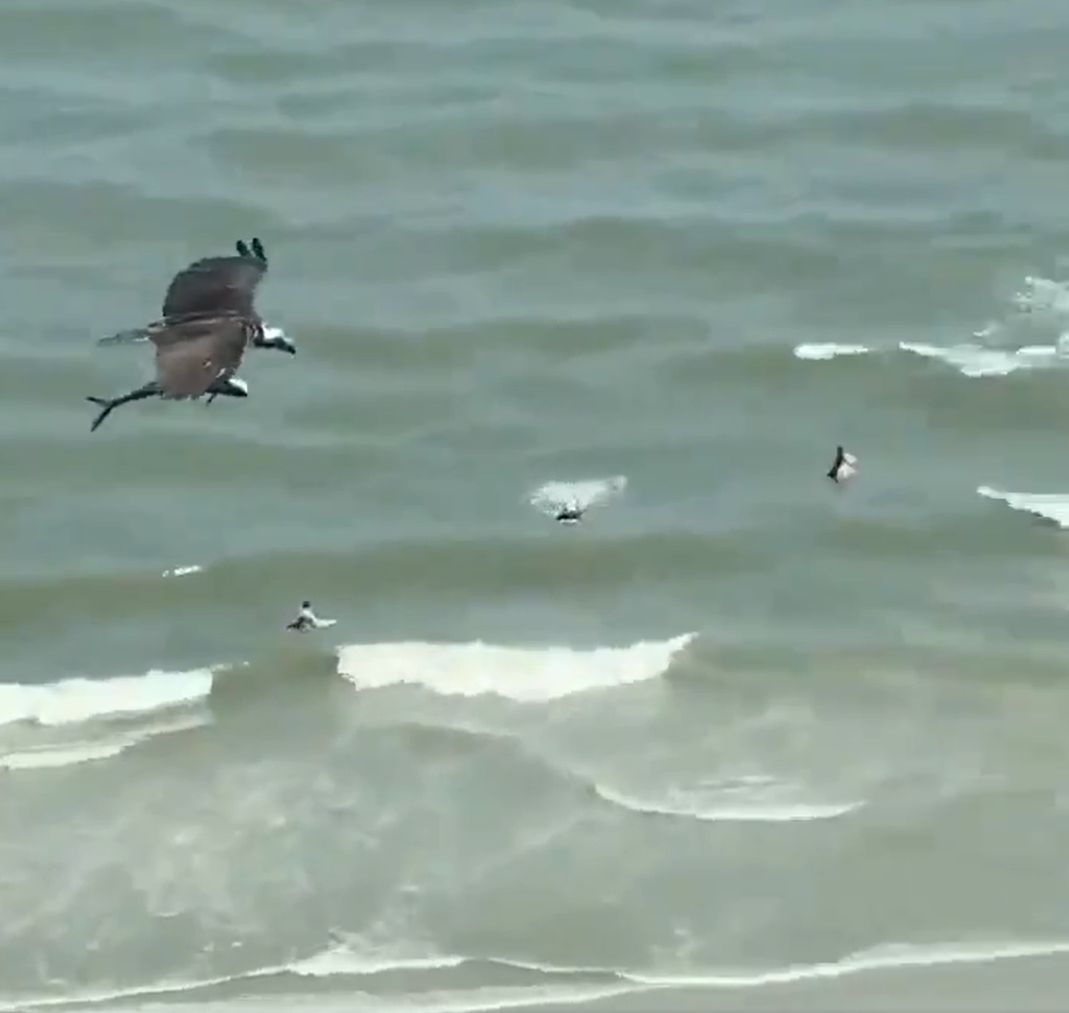 The bird of prey, identified to be an osprey, was carrying the shark but though it looks massive and the bird appears extra large, it is believed that this is actually a baby shark. Still, adult or baby, it’s impressive to see a bird carrying such an animal. After all, sharks are apex predators of the sea.

Though Ashley took the video from the balcony of the hotel where she and her mother were staying, the video went viral after it was reposted by Rex Chapman. In just a few hours, the video garnered over 23 million views! 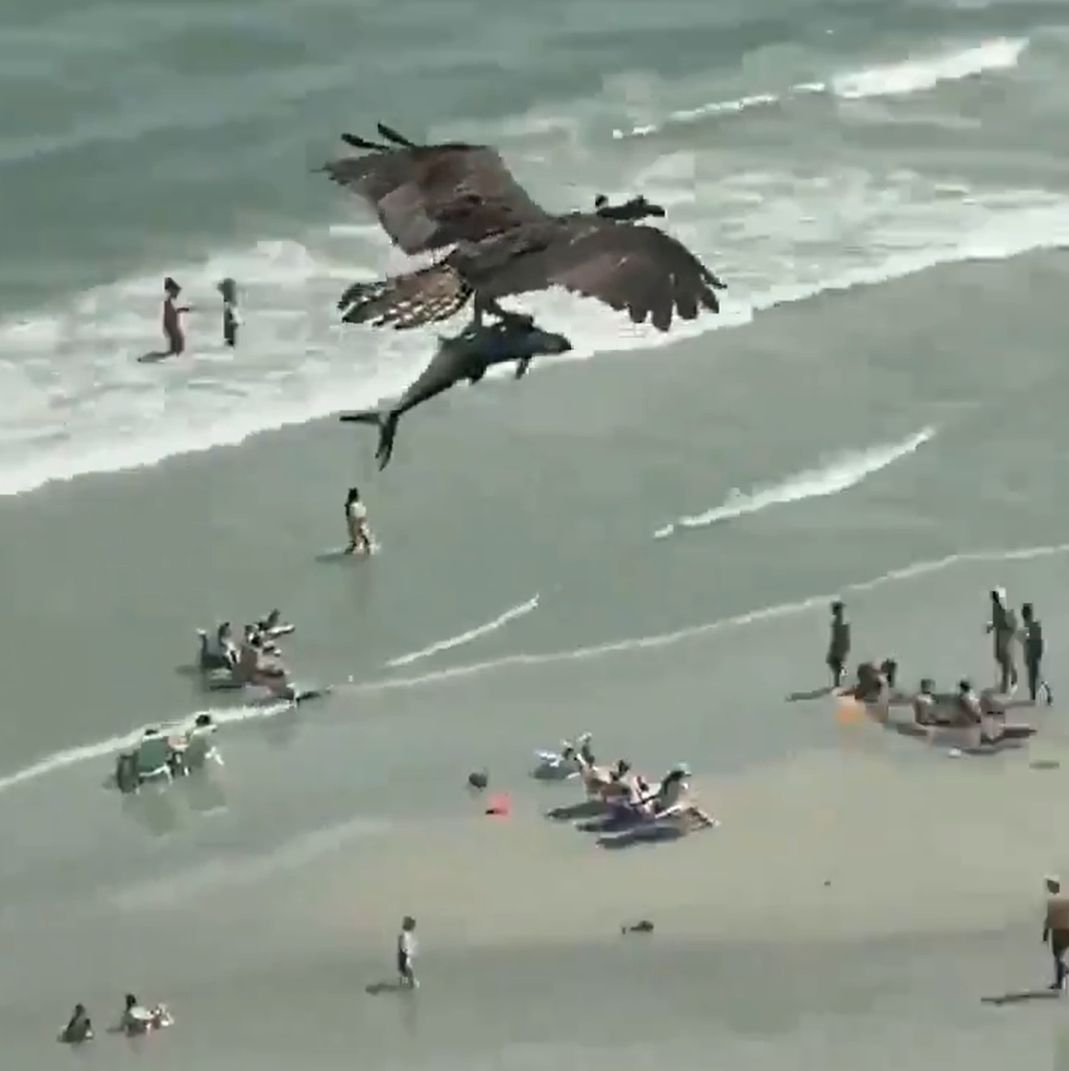 “Just in case you haven’t seen a bird flying around with a shark that it just plucked out of the ocean…” Rex wrote.

Several netizens joked that this bird might be a condor or even the mythical griffin that has plucked a great white shark from the ocean for its meal! But locals identify it as an osprey, something that is pretty common in the area. 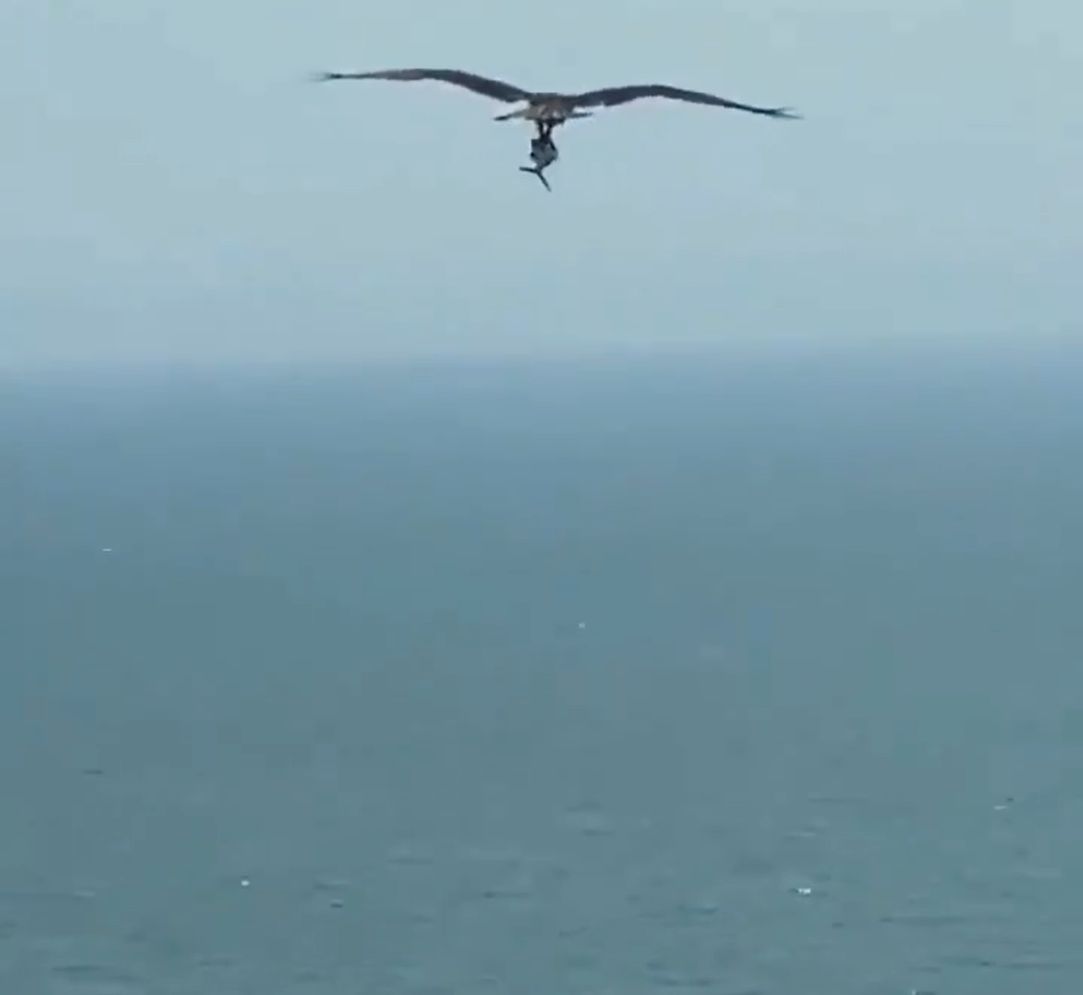 They even refer to the bird as ‘fish eagles’ or ‘fish hawks’. Many have also been spotted carrying large fish species and even land animals like pigs! But many agree that the shark is the most impressive one photographed so far…

Just in case you haven’t seen a bird flying around with a shark that it just plucked out of the ocean… pic.twitter.com/ILKqd9wrFG

Ospreys are large birds of prey that can grow to a height of more than 60cm (24 in) and have a wingspan of 180 cm (71 in) across its wings. It is predominantly brown on its upperparts and wings while the underparts and its head are predominantly greyish white.

They are widely distributed across the world and are known to prefer living near the sea and other bodies of water due to their predominantly fish diet. Fish are known to make up 99% of ospreys’ diet.