Born with Stargardt disease, a degenerative eye condition that slowly makes a person lose vision, Gene Purdie has never seen his wife’s and son’s faces. But thanks to the Rachel Ray Show, he was able to receive a pair of ‘magic’ glasses that allowed him to see his family for the first time.

According to NTD TV, Gene was born with the medical condition but was only diagnosed when he was about 17 years old. While he had normal eyesight at first, he gradually lost his vision although he never lost his zest for life despite his condition.

His wife Joy revealed that when they first met, she noticed him walking many times in front of her as if trying to catch her attention but he didn’t stop to say anything to her. The next day, he did the same thing and she asked him about it but was shocked when he told her he was actually blind. 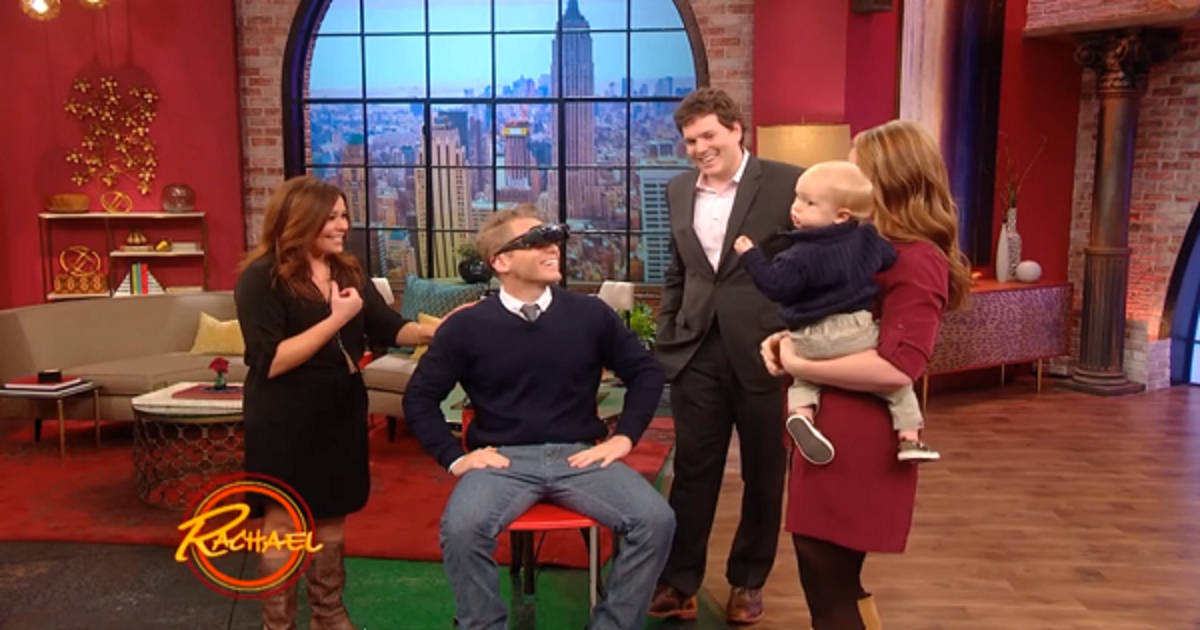 Despite not really seeing her face at all, Gene would fall in love with Joy and they would get married and have a son named Lincoln.

While Gene had come to terms with his condition after going to many doctors and receiving the same answer that there was nothing that could be done to bring him back his eyesight, he wished that someone would eventually solve the problem.

One day, while watching the Rachel Ray Show, Joy saw a woman with Stargardt disease see her sister for the first time in 5 years, thanks to a pair of ‘magic’ glasses developed by e-sight. Praying for a miracle, she wrote Rachel Ray about it – and the family was soon invited to the show!

Watch what happened next in this heartwarming video: