While many of us young adults live a sedentary lifestyle with our stay-at-home or corporate jobs, one 68-year-old grandma is conquering marathons and daily 5K or 10K runs like these are nothing but regular exercise regimens!

Meet Rosalinda Ogsimer, the 68-year-old mother of four who has ran countless 21Ks and three 42Ks so far… and she’s gunning for more! It is amazing to see such an old lady running like a pro when many people her age (and even much younger) are afraid to take their chances in this type of sports. 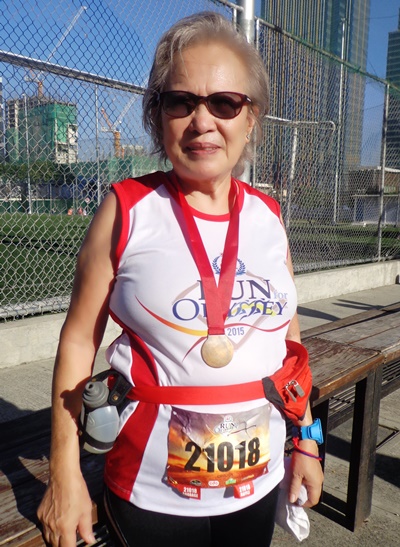 In an interview with Redg Candido on Inquirer’s Multisport edition, Mommy Linda (as many runners fondly call her) lives in Parañaque City, Philippines and was influenced to run by her eldest son who loves triathlons. She revealed that her kids and grandkids love doing triathlons and running.

Her running stint began way back in 2012 when she joined a 5K at Greenfield City, Philippines. Pretty soon, she was running several 5Ks and upgraded to 10K, then to 21K, then to full marathons of 42Ks!

You’ll be amazed with her training regimen. In the interview, she revealed that she runs three times a week, doing 5K to 10K on weekdays and running 16K to 21K during weekends! 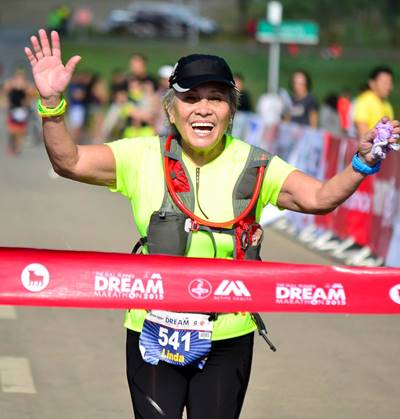 After becoming more active, Mommy Linda revealed that she felt the pain in her joins going away little by little. With the active lifestyle she is now enjoying, we’d surely be seeing more of Mommy Linda in future marathons!

What is a Marathon?

While some people call any running event as a marathon, a real marathon is that where runners are required to complete an official distance of 42.195 kilometers (26.21875 miles). It is a road race but on extremely rare occasions, could be run on treadmills or similar devices.

Would you believe that the youngest marathoner was just 3 years old?

At age 3, a boy from Odisha, India named Budhia Singh completed his first marathon. This gained mostly negative widespread media attention, with people protesting that this was child abuse. Budhia’s coach, Biranchi Das, was arrested on child abuse charges and exploitation while the child’s running career was put on hold for his own welfare.