Netizens are having a good laugh over a confused florist’s gaffe because the card message on a bouquet order looked like a cheating confession because she printed out the customer’s entire instructions.

Radio host and DJ Patricia Knudsen recently shared a photo of the bouquet she received from her boyfriend, Matt, on their third anniversary as a couple. The flowers looked so beautiful, with the bouquet arranged so nicely.

At first glance, you might see nothing wrong with the picture – even the font on the card looks so cute! But at closer inspection, many netizens would soon get a good laugh over the message. 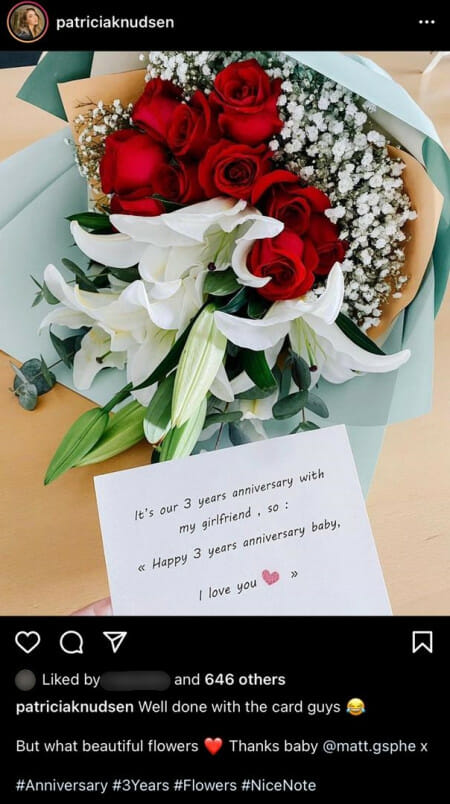 Even Patricia admits to getting confused by the message and thought her boyfriend was pranking her at first.

The confusing message, when read by the intended receiver, appears to be both a cheating confession, but it also greets the receiver (Patricia) for their anniversary. Does that mean this two-timer got both girls to be his girlfriend on the same day? Oooops.

It’s a good thing Patricia was more confused than angry over the message. When she asked Matt about it, he was confused as well. But the two soon had a good laugh after realizing that the florist had printed out all of Matt’s instructions.

Obviously, he was just chatting about the reason for the flowers at the first portion. The card should have only read as, “Happy 3 years anniversary baby, I love you.” 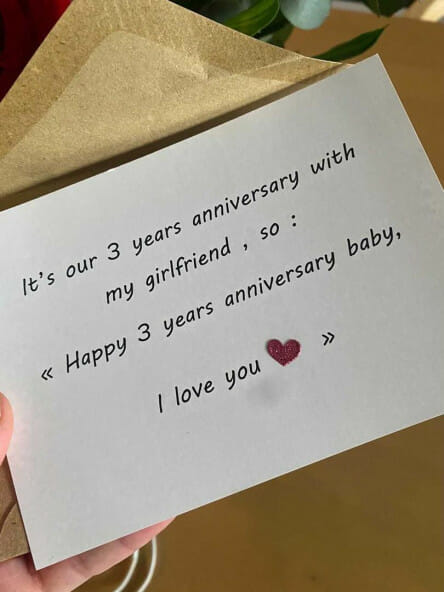 When told about the gaffe, the florist was quite embarrassed! But the couple simply laughed over the mistake and told the florist their fans enjoyed the ‘cheating confession’, anyway.

How to Write Message for Bouquet

With the card being so small, you can’t really write a very long message on a card that comes with the bouquet. So, in writing the message, make sure to be concise so you can send the message without creating confusion.

Try to keep the message short. One or two sentences would be fine. But to ensure that there won’t be any confusion, read and re-read the message before sending the bouquet.