It has been 11 months since Super Typhoon Yolanda, yet it seems that there are still plenty of areas that have not seen any improvement in the condition experienced by the survivors. At Brgy. Minuhang, Barugo in Leyte, kids have to cross over a river on a dangerous bridge which is made of slats of wood placed over what remained of the old bridge, says Elma Gacho Greenwood, a Relief Volunteer and International Coordinator of Balangiga Without Borders, in a status on Facebook. 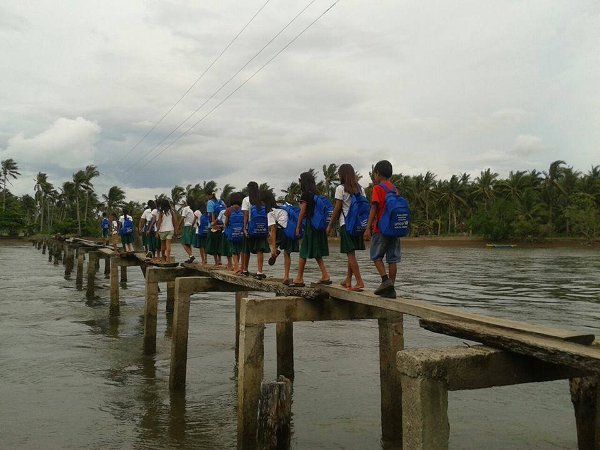 Elma urges netizens to help rebuild Barawalte Bridge for the benefit of the kids who have to put their lives in the face of danger on a daily basis, just so they can go to school. You can just admire the determination these kids have, that even when they know the bridge is scary and dangerous to cross, they still head off to school, anyway.

As can be seen in the photos taken by Leahcim Panis Bugais on October 9, 2014, the kids have to form just one line to cross the bridge. So, they have to be careful that they don’t slip on the very narrow bridge – which could possibly be tricky during rainy, windy days. One wrong move and these kids could plunge into the river. 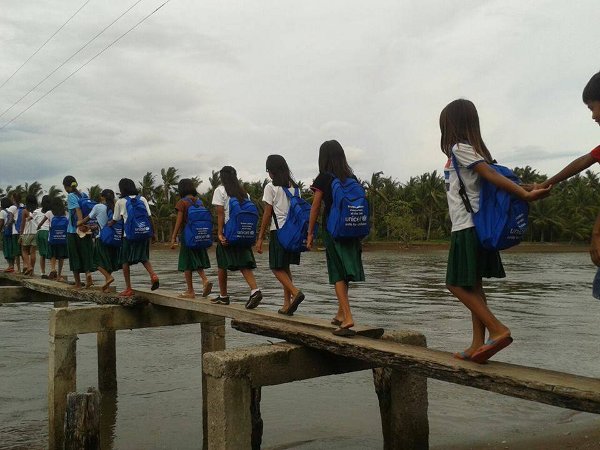 Elma said the data she presented came from UP Tacloban graduate Rico Gallegos as well as her brother’s close friend and classmate Norberto Gacho.

My classmate said that he used to crawl on that bridge as he didn’t know how to swim… He could have drowned if he fell to the side.

Considering that the government probably has tons of other things to do in Leyte and this bridge might not be on their current list of priorities, Elma and her friends are hoping that netizens would join hands in ensuring this bridge gets fixed the soonest time possible. 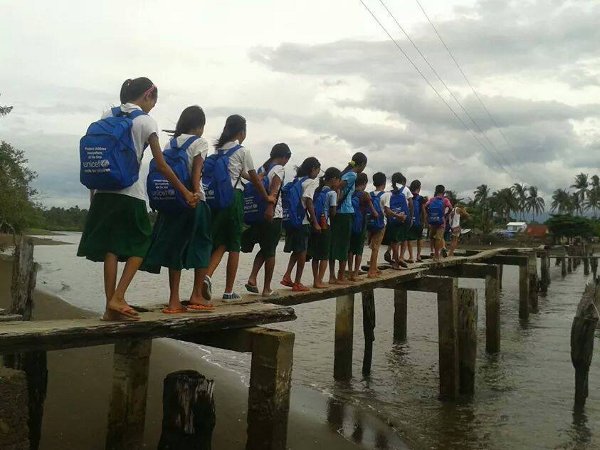 Let’s all contribute to help rebuild the bridge so the kids no longer have to be in constant danger every time they cross the makeshift bridge.

UPDATE: KALAHI-CIDSS Project of DSWD is funding the Barawalte Bridge