Home
Lifestyle
Kid with Old Bike Crashes into Car, But Owner Surprises Him with New Bike

A kid with an old bike crashes into a car, but instead of getting angry and making him pay for damages, the owner surprises him with a new bike! Wow. Isn’t that incredible?

Crashing into a car can be such a big problem, particularly if the owner gets angry. Of course, that would mean you have to pay a good deal of money to get the vehicle fixed else the owner wants to sue you for damages.

But one car owner recently showed the world what true kindness really means when he gifted a brand new bike to the kid who hit his car! Whoa. How did that happen?

It turned out that the kid was driving an old bike that did not have brakes. While using the bike, the kid accidentally crashed into an old man’s car, causing a dent. This happened in Turkey. 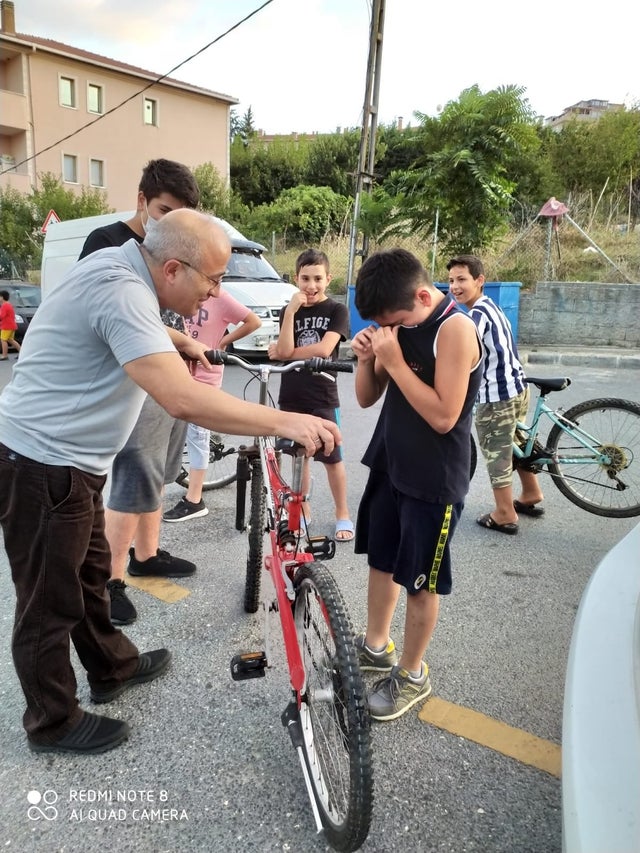 Just like most car owners, the old man must have been angry at first upon seeing the dent on his car. But after learning that the kid did not do it on purpose and that it happened because his old bike did not have brakes, the old man decided to help the kid instead.

While other car owners would have asked the kid and his parents to pay up or get sued for damages, this old man knew that they could not afford that. After all, they can’t even afford to buy brakes for the kid’s old bike.

So, the kind old man got the kid a new bike so he would not get involved in an accident again, just because he does not have brakes. Cool, isn’t it?

There are actually many different types of bicycles. Some of these are: