Sales of KFC in China have been going down for three years now, so the chain is trying to revive customer interest by offering something unique and bizarre on the menu. So, the chain released new items on the menu: the “black diamond bacon spicy chicken leg burger” and the “rose cheese chicken leg roasted burger”.

You’ve got to admit the photos looks great! Would you be willing to try these unique items on KFC’s menu?

Customers who were brave enough to try the odd items on the menu were somewhat confused, posting photos on social media about their experience. 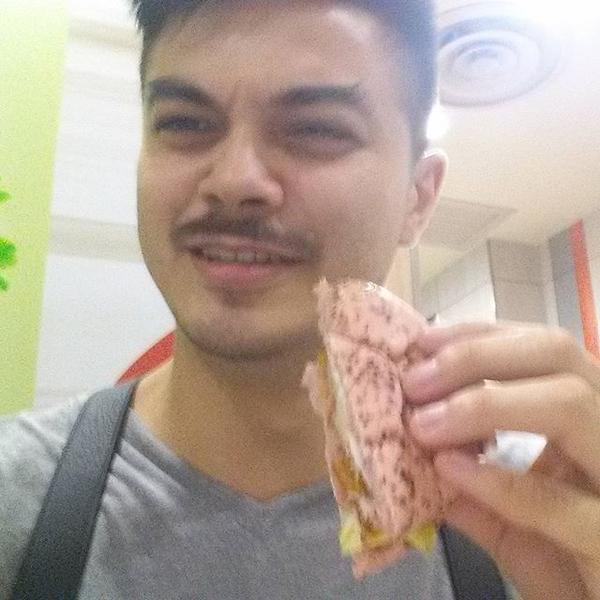 Originally captioned with “Chinese #KFC is #MindBlowing and not in a good way. #Rose flavoured chicken burger?”
Photo and caption credit: Twitter/Chris Tweten(@ctwtn) 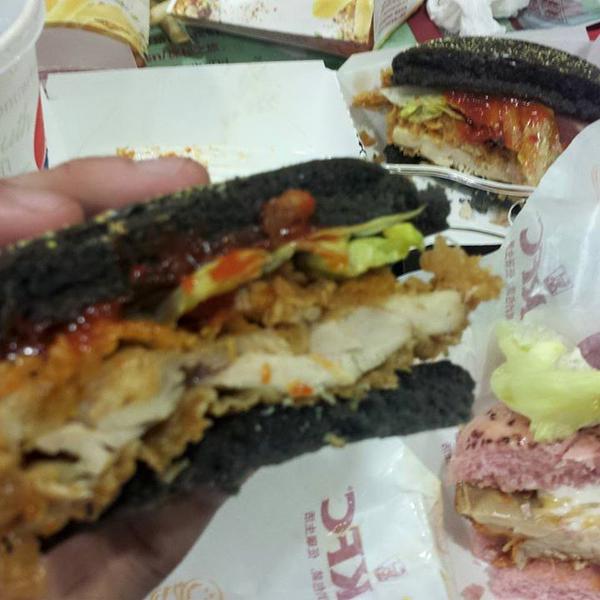 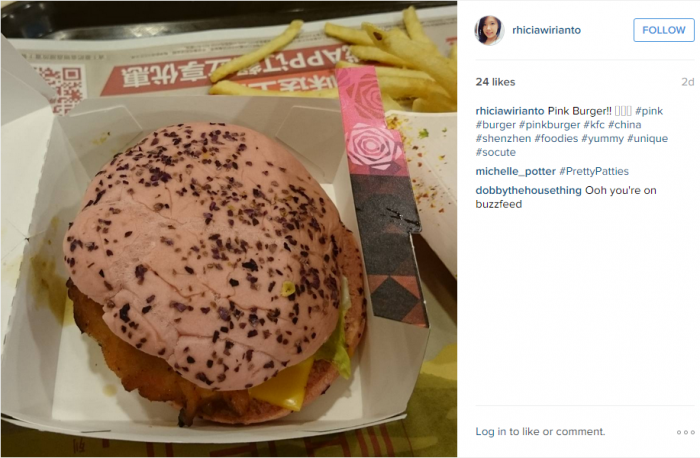 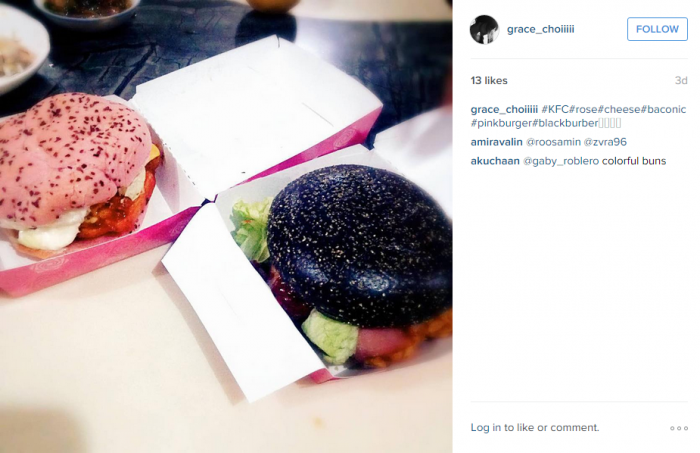 KFC and Other Western Food Chains in the Asian Market

With KFC sales down by another 10% last quarter, the chain really needs to gather more customers into its fold, especially as it faces rather tough competition from other Western brands like McDonald’s and Starbucks. The two brands have seen fast expansion in China these past months, clearly affecting KFC sales even more.

Aside from the stiff competition, the chain has also suffered from several food scandals, with one even leading to the shutdown of one supplier which reportedly used expired meat.

The release of the black and the pink burgers could be KFC’s answer to Burger King’s red and black burgers marketed in Japan. Burger King had released its first black burger last September 2014 and has recently debuted an all-black burger, also in Japan, plus the Red Samurai Chicken burgers featuring “bright red buns, red cheese, and red hot sauce made from miso and hot peppers”.