While many of us might be in denial, saying that this is not true, discrimination is really quite rampant everywhere you go – and such happens especially in business establishments. Sales persons often gauge your capacity to pay based on your looks and outfit, not realizing that there are a lot of people who don’t really dress up to impress but actually have a lot of money.

Take for example that rich guy who was ignored at a dealership, only to buy in cash a pick-up truck from another brand.

Recently, a sales agent of OPPO smartphones entertained a man who looked ‘poor and dirty’; she ended up selling him a phone!

According to Pinky Baylosis in a Facebook post write in Visayan, the man shared that he went to another store but was not entertained because he does look dirty and smelled terrible after a day on his job. But this did not break his spirit. 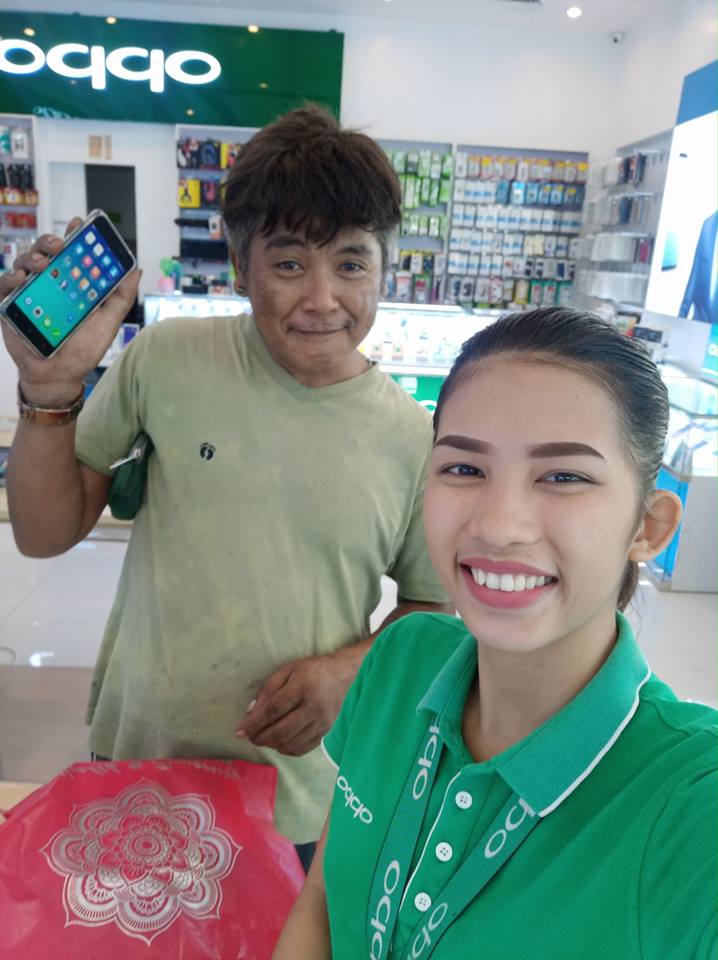 He entered the OPPO store where Pinky demonstrated to him the perks of getting an OPPO phone, particularly the OPPO A47, priced at Php6,990 ($135) based on the brand’s official website.

She didn’t mind that the guy didn’t look rich. It turned out he really did have money to buy the phone; the customer revealed that it was part of his savings. The money was all in Php100 or Php50 bills but he was able to save enough to buy that phone.

Pinky was happy to have helped this man get a brand new phone while many admired her for not discriminating on this customer based on his appearance (and smell).

People commenting on Pinky’s post praised her for a job well done, saying she’s a valuable member of the sales team and should be a model for other sales people to treat everyone in the same manner, no matter how they look.

Discrimination is the term used for the act of unjust treatment due to the other person’s looks, race, gender, age, or something else.