Christmas is sometimes described as “the most wonderful time of the year” and judging on the pictures below, it seems even the Empire have caught on the festivities. Well, that’s as far as Kyle Shearrer and some action figures are concerned.

Kyle recently posed his father’s Stormtrooper toys for a set of funny photos showing the elite space soldiers putting up a Christmas tree. Even Darth Vader himself made an appearance to check on if the task was being done right. 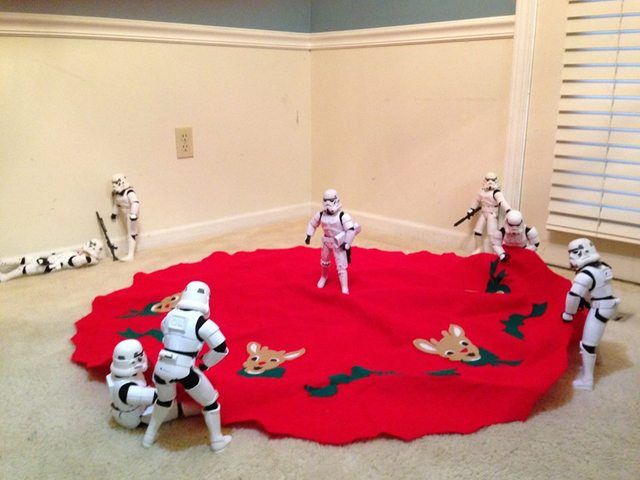 “My dad owns about 10 Stormtroopers and we always like playing with them, [so we] figured we would do something a little more festive this year. The whole thing took probably an hour or two on and off to set up, and we had a blast trying to give every trooper a little story.” 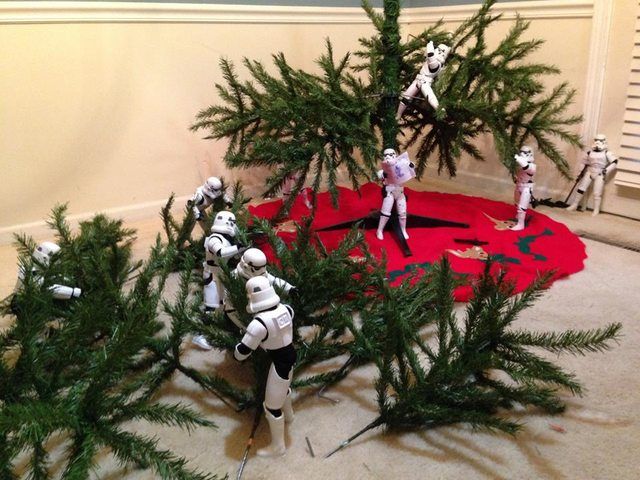 The photos were eventually posted on Kyle’s Facebook page and it immediately became a viral sensation. So far, it has generated 33,000 likes, 159,000 shares, and 11,000 comments. 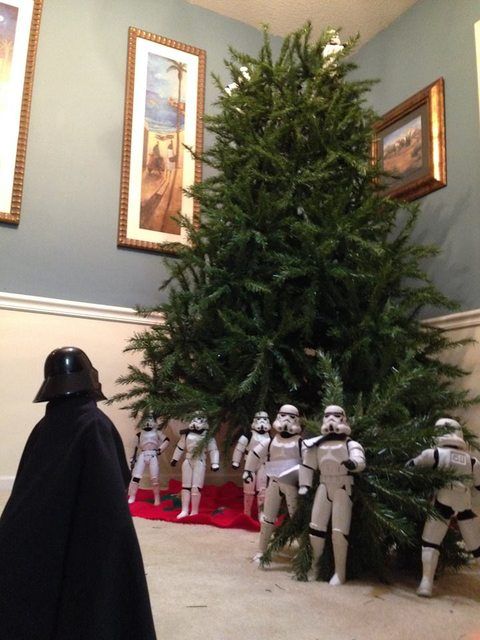 The high school student from Columbia, Mo. is, of course, delighted with the warm response of fellow Star Wars fans to his photos. This is not only in preparation of the Christmas season but also a way to celebrate the upcoming December 18 release of the new film Star Wars: The Force Awakens.

Created by George Lucas, Star Wars is a popular space opera franchise that was first launched back in 1977. The movie became a pop culture phenomenon spanning two more sequels to complete a trilogy. Between 1999 to 2005, a prequel trilogy was also released.

For the past 10 years, The Force Awakens is the first movie set in the Star Wars universe. This time, however, the franchise is already owned by the Walt Disney Company after they purchased it from Lucasfilm for US$4.05 billion in 2012.