At the height of Typhoon Gorio, a lot of people were stranded at home due to rising flood waters but others were forced to work despite the circumstances because, naturally, they won’t get paid if they don’t go to their jobs.

Now, one Jollibee rider has gone viral for still delivering food to a flooded area – but a post featuring his photos would gain mixed reactions from netizens.

Facebook page Batang Pinoy – Born in the 80s raised in 90s ツ reposted photos of the Jollibee rider who would later be identified as Adrian Ilagan Dayanghirang when he commented on the viral post. 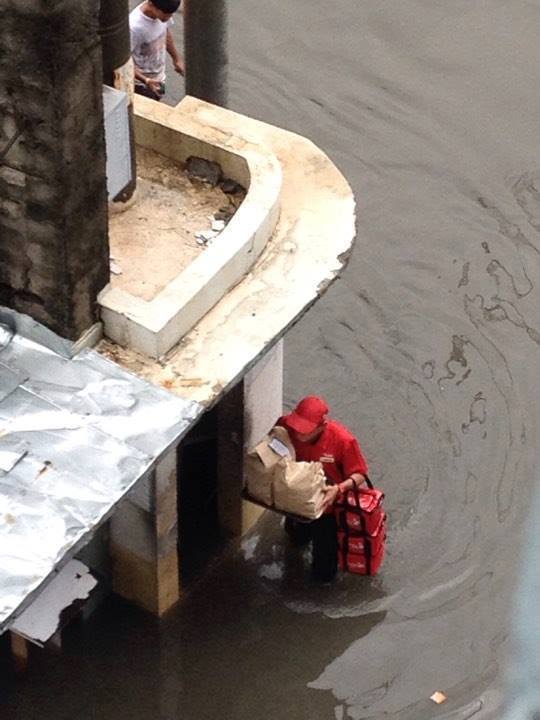 The page hailed the rider as “Employee of the Month” after he was seen walking on flood waters, with bags on one arm while holding a tray filled with plenty of food on both hands. It was certainly difficult to navigate that street while holding the food tray, especially because he’s not familiar with the area which could have uneven spots that might cause him to trip over!

Thankfully, he was able to deliver the food without any problem; although a lot of netizens commented that it was unfair for the management to still send him to the area when there was flooding there. Others bashed the ones who ordered the food, saying these customers had to consideration to the rider.

There were also those who told everyone to shut up because the rider must have known the risks of his job when he took it and that perhaps the people stuck in the floodwaters didn’t have any other option to have food but to call on delivery service. 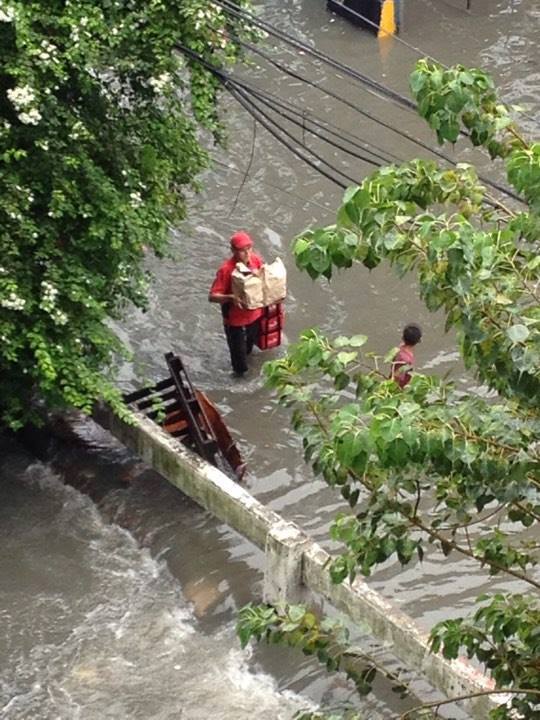 But Dayanghirang responded to the viral post, saying that as a proud Jollibee employee since 2003, he does not really mind doing this because he knows that it is part and parcel of his job. He also only had good words about the customers, saying it was possible that they had ordered the food before the flood rose in the area.

Dayanghirang also said that having been in this job for a long time, he understands all the risks and will continue doing his job because he loves it. He does feel happy about the commendation as well as concern he received from the page and many netizens.