It is true that kids can be so adorable even if they are not really trying to be cute and make us laugh. There’s just this quality in them that makes us want to love them more – even if they are doing the most ordinary things.

Take for example Delta, the child in a viral video that couldn’t say ‘ice cream’ no matter how hard her dad tries to teach her how to do it.

In the clip posted by her amused dad that later made it to Facebook page Alpha Bravo Charlie Drama, the girl was asked by her daddy whether she likes ice cream but each time she’s asked to say the word, she ends up saying ‘camtono’, instead. 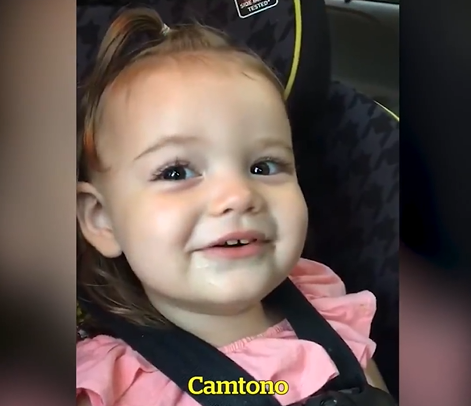 The amused but also confused dad decided to record his conversation with his adorable toddler and it was certainly making the internet go gaga, with netizens commenting how much they love this cute little girl.

Someone even added ‘camtono’ to the urban dictionary, with the word supposedly meaning ‘ice cream’.

Now, in the clip, little Delta was instructed by her dad to say the words ‘ice’ and ‘cream’ separately. When done in that manner, Delta is able to correctly say the individual words but each time dad asks her to put the two together and say ‘ice cream’, she says ‘camtono’ again and again and again.

While she got a little annoyed with dad for repeatedly asking her to say the same thing, the adorable girl managed to laugh the matter off and scrunched her nose, asking daddy for a hug before ending the clip with her big word for the day: ‘camtono’. LOL.

Check out this adorable video and fall in love with the charming little girl: