Home
Videos
Viral Videos
You Must See This! The Upper Body Strength of This 2-Year-Old Boy is Really Incredible!

Children loves to explore with the things around them.  They love to hang, swing, and climb which is perfectly alright because these active movements  would help them develop their upper body strength to have strong muscles, shoulders, arms, hands and fingers.  Active movements are needed to make the body strong as preparation for learning skills in the future.

However, there was this boy who was gifted with a very strong upper body who can hung himself on the kitchen sink using his stomach. 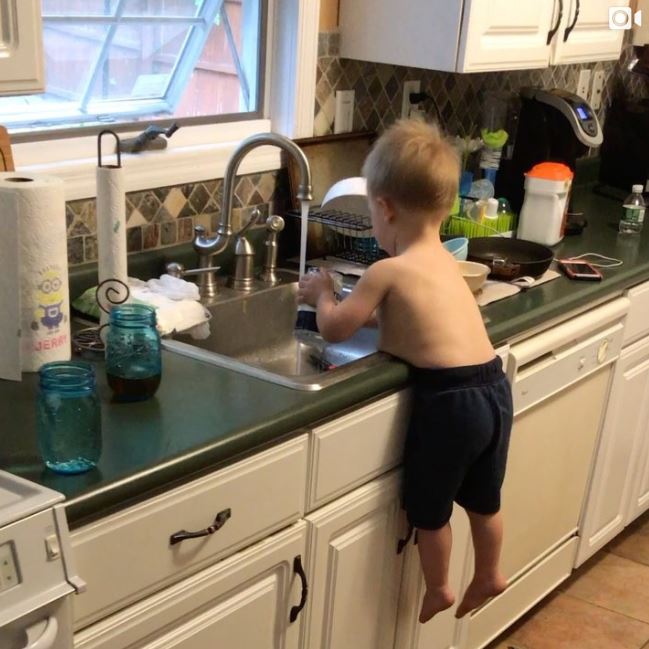 Miles Callahan, a two-year-old boy had a big kick in the social media as he was caught in a video that has gone viral  while washing the dishes. His video reached million views already and netizens were so amazed with what he can do – – balancing himself on the kitchen sink!

Wow, this kid is  really unbelievable!  I’ve never seen a kid like him before and his body strength is so incredible!

His father, Clint, shared a photo of Miles and the actual video on his Instagram account. Here they are. 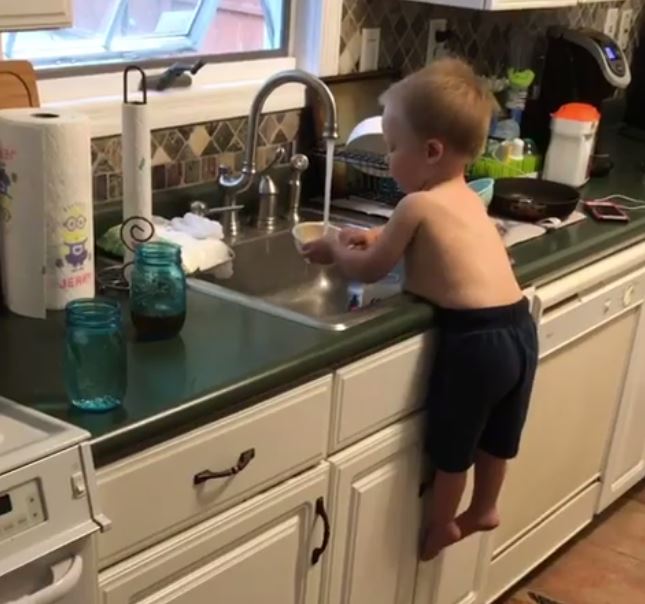 papaclint2323 “Damn kid you alright a million views and made the news you the man proud father moment at age 2.”

I tried this myself and believe me, I was unable to do what Miles did even for 5 seconds!  He is really such a one-of-a-kind kid!  I wonder if a kid his age might be able to do this! Smart one!