Nine-year-old Marlee Pack had been away from her school in Broomfield, Colorado to undergo treatment for Alveolar Rhabdomyosarcoma (ARMS), a type of cancer which attacks muscles and other connective tissues in the body.

While she’s glad to be going back to school, she isn’t very excited about the prospect of having her schoolmates see her with no hair.

When she told her bestfriend Cameron McLaughlin about it, the sweet bestie did something that Marlee didn’t expect: not only did Cameron plan on shaving her own head, she also got many of their schoolmates to join the noble cause! 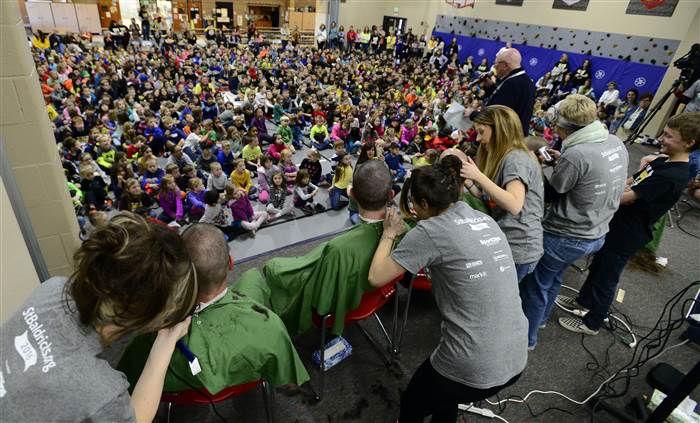 The school-wide event was called “Be Bold, Be Brave, Go Bald”. Eighty male and female students, the school’s two male principals, a student’s mom, and three female teachers got their heads shaved for Marlee!

“I didn’t think that many people would shave their heads, but I feel good about going back to school and not being the only bald one,” the surprised Marlee said.

The youngster had a great time watching everyone get their heads shaved for her – but she was especially ecstatic when she was allowed to personally shave the head of her first grade teacher, Erin Dupper. 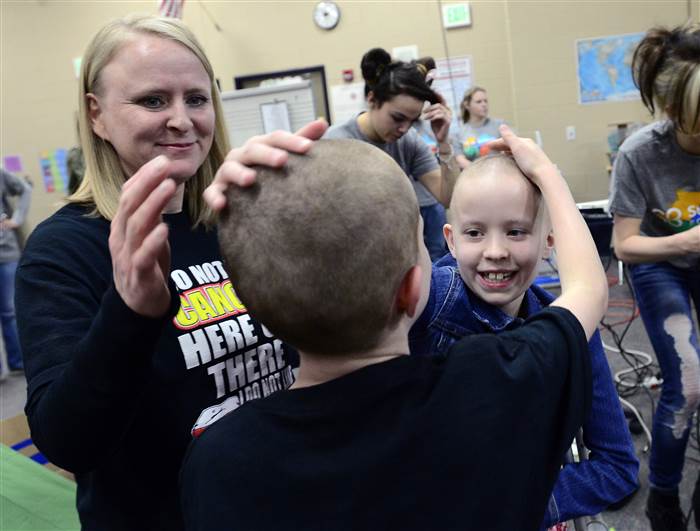 She said, “She’s been through so much in the past year, I think she just faces life head on now. This event only made her even more outgoing, confident and happy and as her mom, it’s refreshing to see.”

But the event wasn’t just about students and teachers getting their hair shaved because the event was also done to raise money for childhood cancer research at St. Baldrick’s Foundation. Amazingly, “Be Bold, Be Brave, Go Bald” raised over $25,000!