When little Kangkang was born, the family decided to keep him from his own mother. The baby was born with a rare clefyt deformity afterall and so they didn’t want her to see him in his poor condition.

The child had a transverse facial cleft which makes his “smile crack up to his ears, and created the appearance as if he were wearing a mask of a second face,” LittleThings described.

Naturally, Yi Xilian, his mother, begged to see the baby and when the doctors finally gave her the permission, she totally broke down into tears. What she beheld shocked her beyond measure and broke her heart. 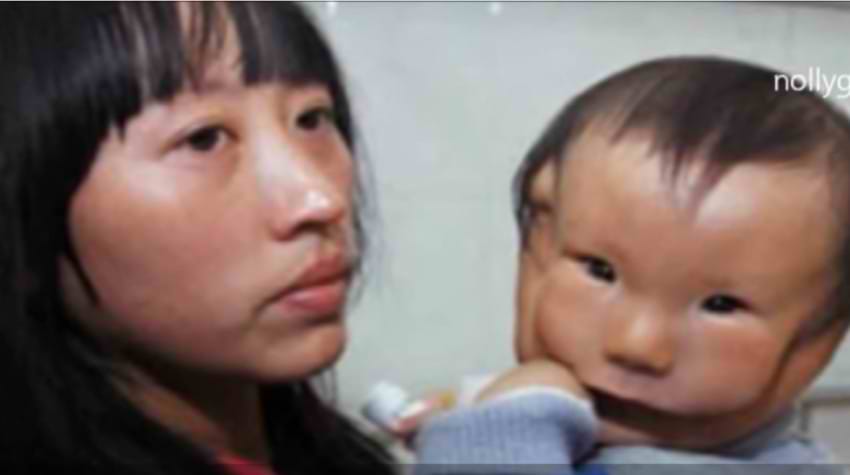 The doctors themselves admit they’ve never encountered this type of medical condition before. On the other hand, the mother isn’t sure how this could have happened since she had a normal pregnancy. Several ultrasounds have confirmed that the boy was healthy in her womb. 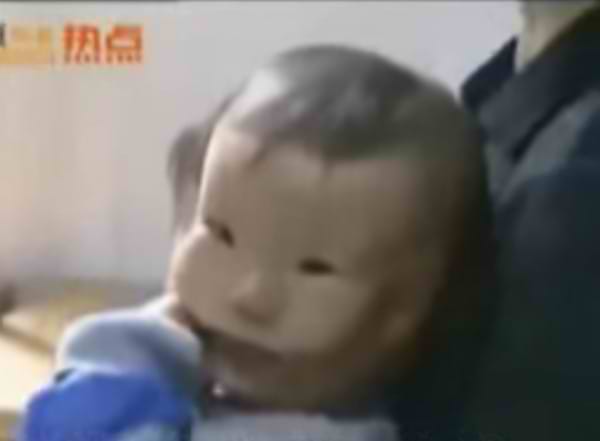 “My family didn’t allow me to see my son at the beginning, and I pleaded with my husband to let me have a look. Before they passed me the baby, they told me ‘don’t be sad, don’t be sad’, but when I saw my son, I collapsed.” 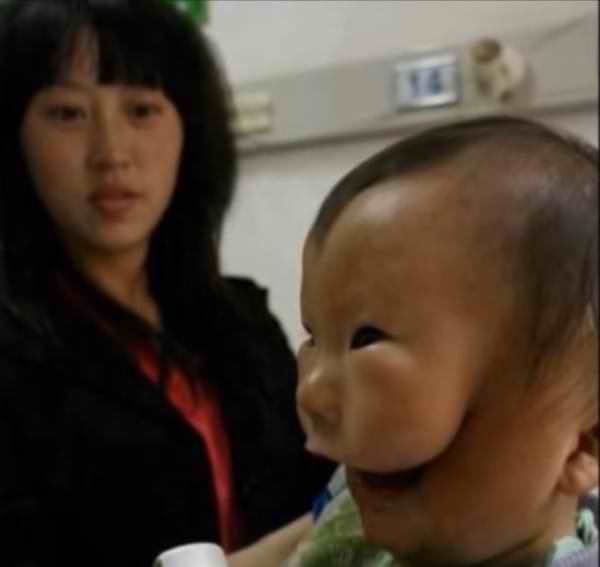 As of the moment, the doctors are saying that the deformity may have been caused by an infection in the embryo or by taking medications during pregnancy. 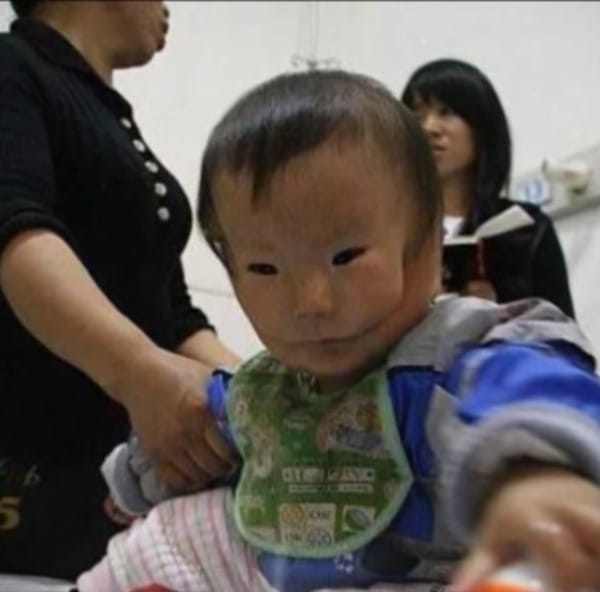 Professer Wang Duquan, one of those who attended to the baby, said:

“It’s different from a cleft lip or cleft palate; it’s a facial cleft. Not only his face muscles are cleft, but the inside bones are cleft.” 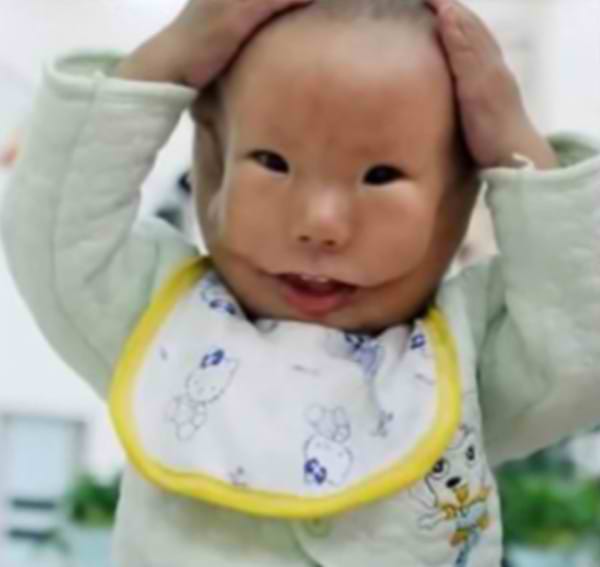 While the required surgeries are worth a fortune, the family has saved some money to get Kangkang’s needed treatments.

What Is A Facial Cleft?

“A facial cleft is an opening or gap in the face, or a malformation of a part of the face,” according to Wikipedia. “Facial clefts is a collective term for all sorts of clefts. All structures like bone, soft tissue, skin etc. can be affected. Facial clefts are extremely rare congenital anomalies.”

“The cause of facial clefts is still unclear,” the site adds.