A new research confirmed the connection between obesity and TV watching among five-year-old kids. 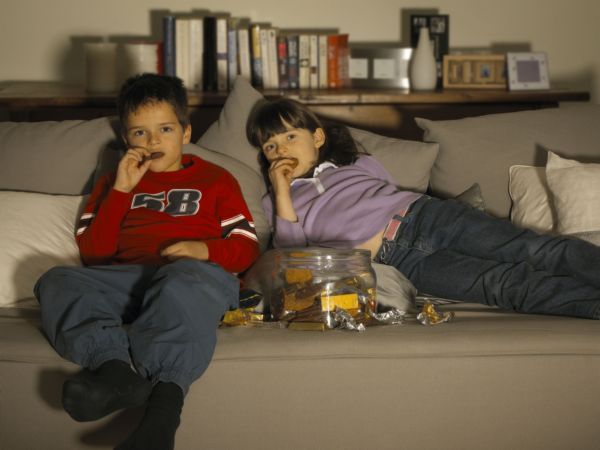 PHOTO CREDIT: Health me up

In order to prove their hypothesis, the researchers observed 11,000 kindergarten pupils during the school year 2011 to 2012. They monitored the children’s height, weight as well as the number of hours they watched TV or used the computer on weekdays and weekends. Factors such as race, family income, and computer use were also considered.

Kids who watched more than 2 hours a day had significantly higher body mass indexes (BMI) compared to those who watch 30 or 30 to 60 minutes daily.

Dr Mark DeBoer, the author of the study advises parents to restrict TV viewing among kids.

“Given overwhelming evidence connecting the amount of time TV viewing and unhealthy weight, paediatricians and parents should attempt to restrict childhood TV viewing.” he said.

A previous study revealed that kids who watch TV a lot are more likely to be overweight.

How to prevent childhood obesity

Parents, schools, and the media play a big role in fighting and preventing childhood obesity. Here are some ways to fight obesity among kids, according to the World Health Organization (WHO).

In 2010, First Lady Michelle Obama launched an initiative in order to fight childhood obesity in the US. The “Let’s Move” program aims to get children become more physically active.

“This is my mission. I am determined to work with folks across this country to change the way a generation of kids thinks about food and nutrition,” Michelle Obama said in a statement.