President Rodrigo Duterte on Tuesday, September 6 has expressed regret over the “strong comments” he made about US President Barack Obama. According to the unorthodox leader, his comments appeared as a personal attack against Obama which resulted to the cancellation of their bilateral meeting in Vientiane, Laos.

“While the immediate cause was my strong comments to certain press questions that elicited concern and distress we also regret it came across as a personal attack on the US president,” Duterte said in a statement released. 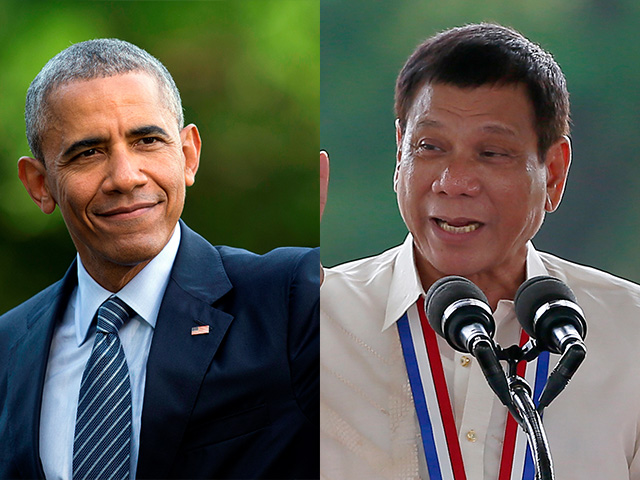 On Monday, September 5, Duterte made controversial remarks against the US and Obama during a short press conference shortly before he boarded his plane to Laos for the ASEAN Summit.

A visibly irate Duterte said he will not answer Obama’s questions on extrajudicial killings if he does not receive an apology from the US for the killing of Moros in Mindanao at the turn of the 20th century.

Hours after Duterte made the controversial statement, a White House spokesperson announced that the bilateral meeting between the two world leaders was cancelled. Obama met with South Korean President Park Geun-hye instead.

In the statement, Duterte clarified that the meeting between the US and the Philippines has been moved to a later date.

Palace Communications Secretary Martin Andanar read from the statement: “President Duterte explained that the press reports that President Obama would lecture him on extrajudicial killings led to his strong comments, which in turn elicited concern. He regrets that his remarks to the press have caused much controversy.”

The statement also revealed that the 71-year-old world leader is blaming media reports for his “strong comments” against Obama over extrajudicial killings.

Who is Barack Obama?

Barack Obama is the first African American to hold the office and is the 44th and current President of the US. He worked as a civil rights lawyer before serving three terms as representative of the 13th District in the Illinois Senate. Obama assumed office in January 20, 2009 and was reelected president in November 2012.