What do you think of girls courting the man they love? Do you think that this practice is acceptable or does it demean the “dalagang Pilipina” or Maria Clara values that Filipina ladies are supposed to follow? While many of us still believe that Filipinas should stick to the tradition of waiting for the man to court her, a lot of women have proved that it is sometimes better for them to take the lead to win the heart of the man they loved!

This especially holds true to women whose hearts have been captured by a man who might not have any idea who she is or doesn’t have feelings for her (yet!).

Just like a man trying to court a woman to win her heart even if she had a lot of suitors, the woman can also express her love to a man to ensure that she gets her happy ending.

While these women often face the stigma of being “too liberated”, it seems that many of them made the right choice and found the man of their dreams. Just take this married nurse’s story, for example. It was posted on FEU Secret Files.

This story shows us that going against the norms of society isn’t always going to end up badly. In fact, this story ends up with a rather fantastic ending! 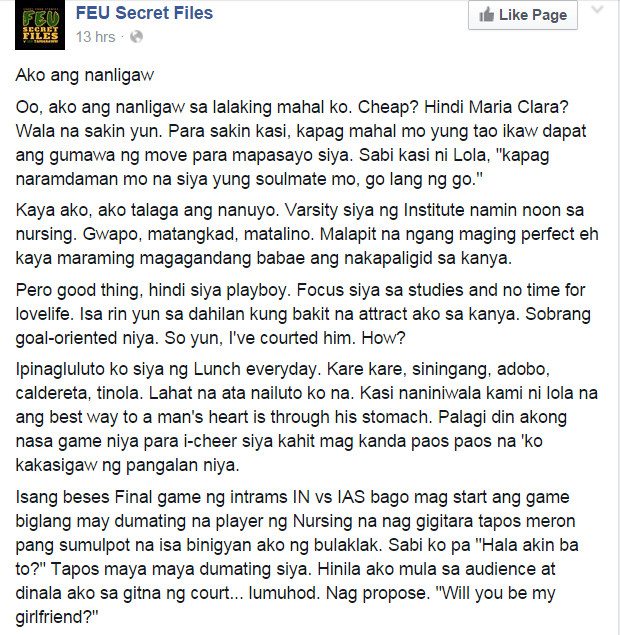 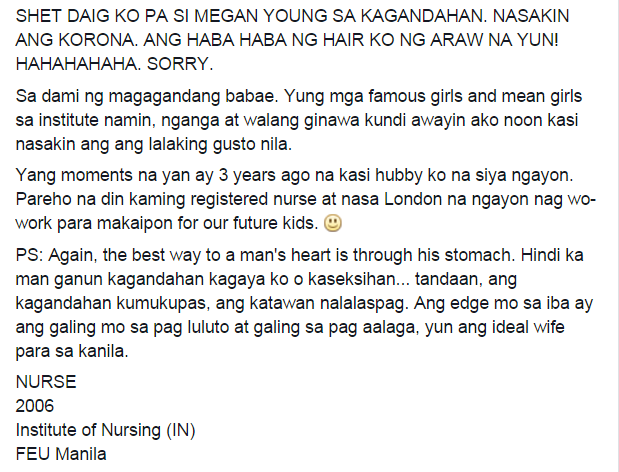 In Philippine society and many cultures around the world, it is rare for women to pursue a man even if she is madly in love with him. Society frowns upon the women who take the courage to make the first move, mostly because women are supposed to be the ones pursued, not the pursuer.

Maria Clara, the main character in the famous novel “Noli me tangere” by Filipino national Hero Dr. Jose Rizal, serves as the basis for the so-called “ideal womanhood” in the Philippines yet the changing society has given some leniency to those who do not strictly follow the old-fashioned Filipina values.