Everyone knows that dogs are smart and loyal creatures, but have one dog recently went viral for the sneaky moves it did to get food from the kitchen counter! Is your dog as smart as this one?

Dog Finds Way to Get Food from Kitchen Counter

A lot of pet owners have long known that dogs can be clever and can find ways to solve certain problems or challenges, especially when it comes to escaping from the house or anything involving food.

That seems to be the case in this video shared by Twitter user @buitengebieden_ who left her dog alone in the kitchen, thinking that it wouldn’t do anything to reach the food on the counter.

But this fur parent was wrong. So, so wrong! 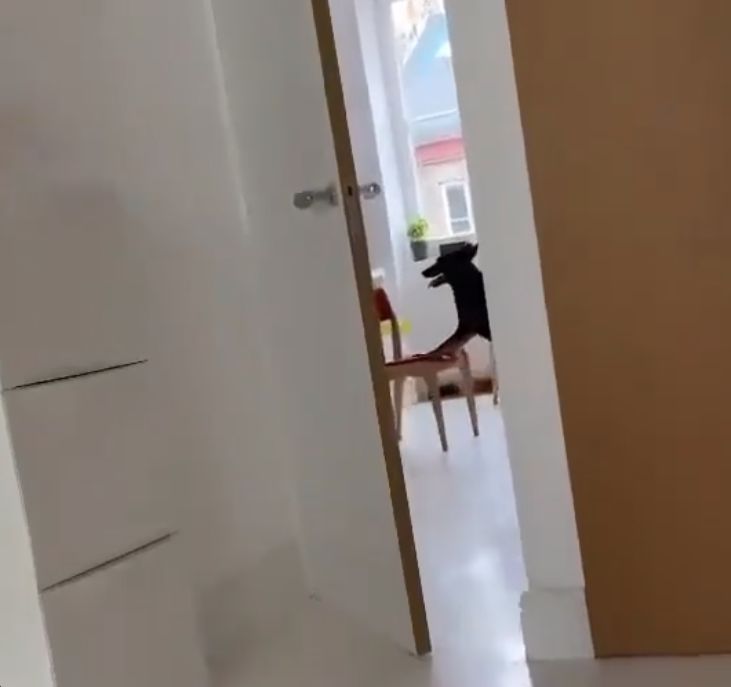 Moments after leaving the room, the fur parent heard noises from the kitchen – and realized that the dog was pushing a chair across the room.

Perhaps the food on the counter was really for the dog or maybe leftovers, because the pet owner wasn’t too concerned that the dog could actually reach it. Instead, the person decided to film the whole thing – because it’s not every day that you can see a dog doing this. That’s for sure.

In the video, the dog could be seen intently pushing the chair across the room completely unaware that its fur parent was taking the video and following its progress across the kitchen. 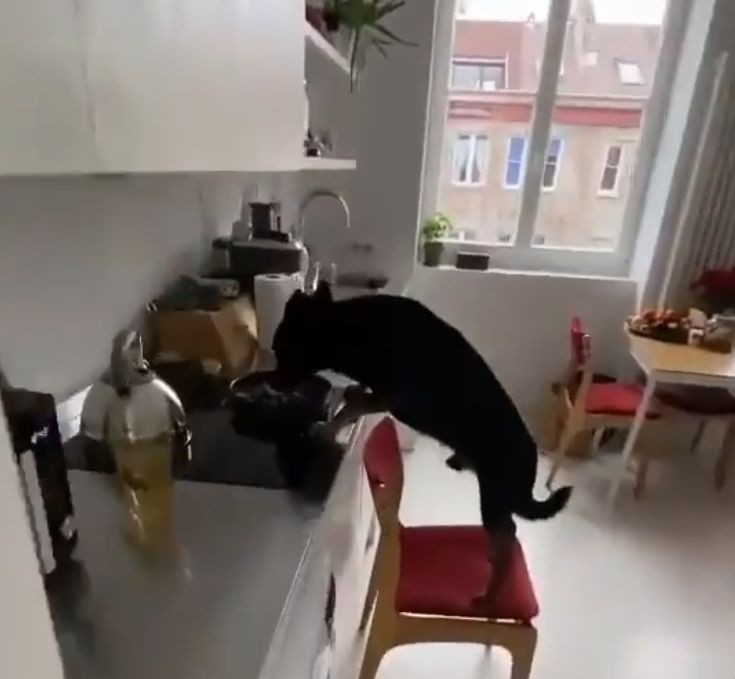 Quite amazingly, the dog was able to push the chair up against the counter to reach the food. Moments later, it was already enjoying the feast on the counter – and didn’t even look too guilty upon seeing its fur parent entering the kitchen with a video camera. LOL.

When you leave your dog alone for a minute.. pic.twitter.com/OLFvT0TF20

Can Dogs Learn Tricks on Their Own?

Dogs have long been declared as intelligent animals. They can learn tricks, can be taught how to search for contrabands, or can become support animals for the blind and other people with certain disabilities.

But it appears that they can also learn by observation and can learn tricks on their own.