How do you show affection to your kids? For many, kissing and hugging are the best ways to show affection; although there are families who are not really into showing much affection, especially in public and would shy away at the idea of kissing their children especially if they are already grown ups.

But for 62-year-old Chinese actor Joseph Lee, showing his love for his 15-year-old daughter is something he is proud of doing, whether in private or in public. So, on his daughter’s birthday, they posed for a photo as they hugged each other.

Netizens were quite shocked when the veteran actor kissed his daughter on the lips, however, saying that such an act should not be done especially between adults who are of the opposite sex — but they are father and daughter! Do you think there should be malice here and that they should stop doing it because people think it had more meaning than a father-daughter kiss?

Well, that’s what many netizens are thinking. 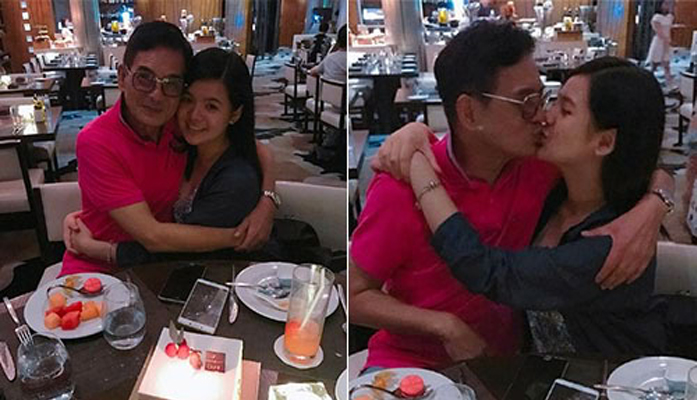 “I don’t think you should kiss your daughter like that. Males and females should be treated differently after all,” one person wrote.

Such sentiment was also echoed by many others who told the actor to stop kissing his daughter in this manner because it looks bad in the eyes of the people!

Thankfully, not everyone agrees with that sentiment. Many were actually appalled at the negative comments, saying that people should not dictate how families show their love for each other because such as in this viral photo of Lee and his daughter, it was a photo of pure love between a father and his daughter, nothing less and nothing more!

Do you feel uncomfortable with this photo?

One netizen commented, “If you think this is dirty, then everything would be dirty to you.”