A man shares the scary video of a snake coming out of the toilet bowl at his friend’s house – and the video has gone viral. It sent shivers down the spines of netizens who said they are too scared to go inside the bathroom with lights off now that they have seen this video! Yikes. 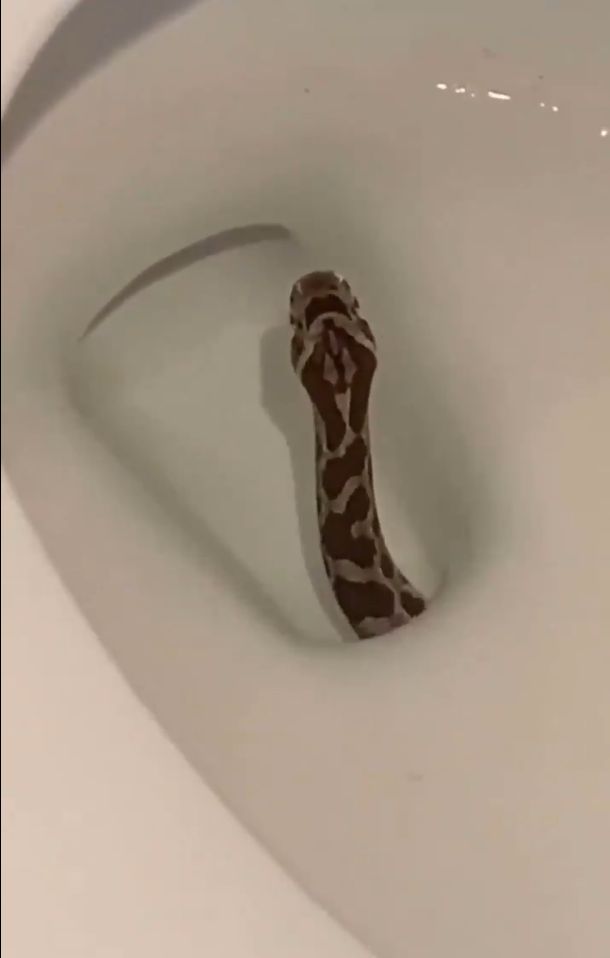 There are some movies about snakes coming out from very unexpected places, naturally making the actors scared of the incident.

There are some movies that show a snake emerging from the toilet bowl or some other places you don’t expect. Yet one guy from West Texas discovered that there is actually truth to those movie scenes after the same thing happened at his friend’s house! Uh oh.

Meteorologist Payton Malone WWLTV from Archer City in Northwest Texas, USA, recently shared a video that he said was taken from a friend’s house in West Texas. 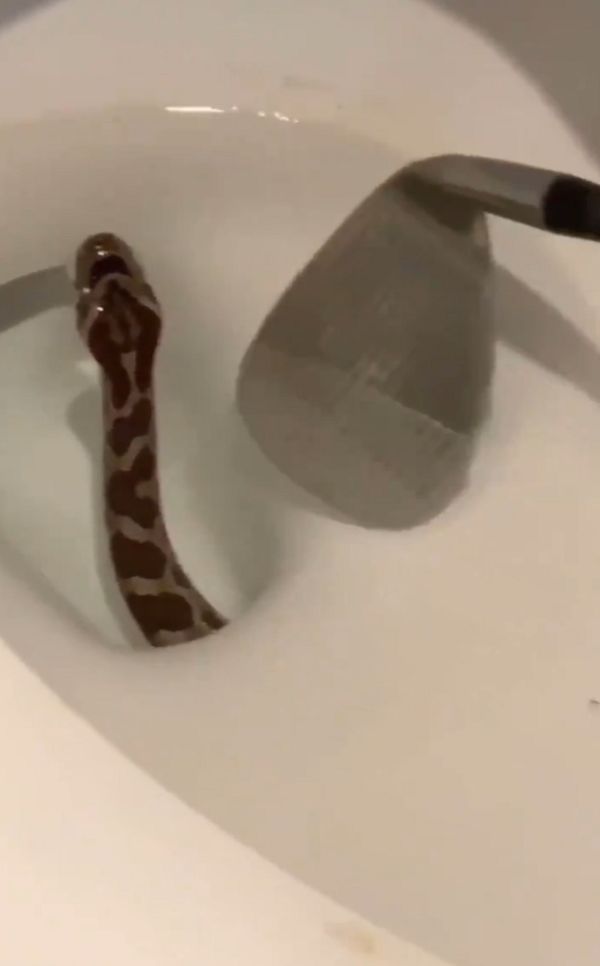 “I always thought this was an irrational fear of mine…apparently not. Friend out in west Texas found this,” Malone wrote in a post on Twitter.

In the video, a snake appears from the hole in the toilet bowl and appears to be checking out its surroundings, trying to feel the vibe so it will know where to go next. It was probably unaware for some time that there were some people watching and trying to film it from that toilet bowl.

The snake continues to try and wriggle out of the toilet bowl as someone begins poking its head with what appears to be a golf club. The video was cut short, with Malone not offering any explanation or further narrative on what happened next. 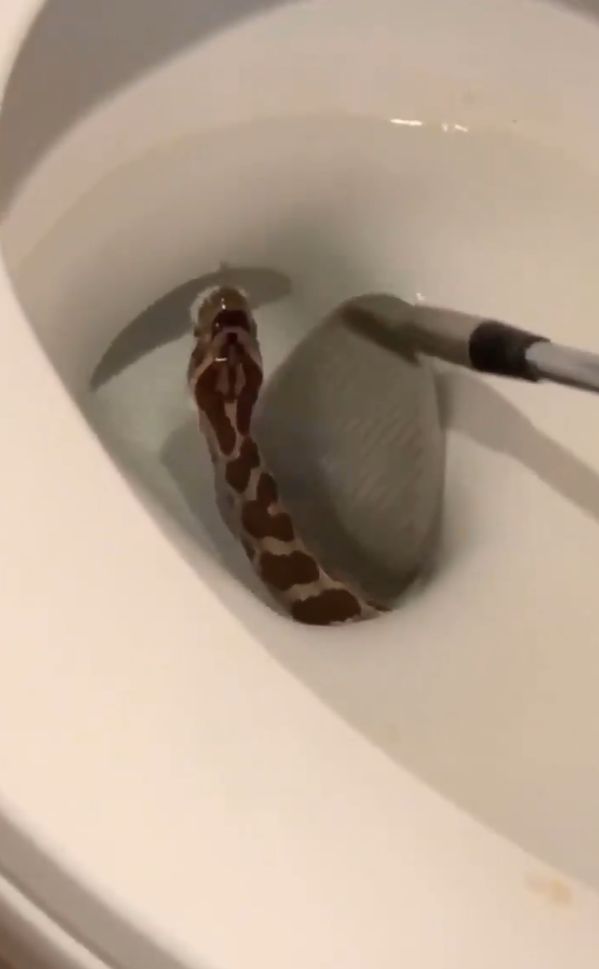 But the video has since gone viral, gaining over 2.3 million views. Netizens declared that they would never go inside the bathroom with the lights off, now that they’ve seen this video!

I always thought this was an irrational fear of mine…apparently not. Friend out in west Texas found this. 😳😳😳 pic.twitter.com/jd23gbLkGF

“Harmless great plains rat snake, they rarely bite (though I’ve been bitten), a friend of those hating rodent-borne illnesses. I generally pick them up without incident. The Mickey Mouse blotch pattern is a giveaway as well as the arrow-shaped markings on the head,” one netizen explained.

“I live in Houston and everyone always makes sure the toilet lid is always down when not in use. If there’s a break in the sewer system, in your own line or the cities lines, they’ll come in that way. People are always wondering how snakes get in their homes, this is how,” one woman advised.

Rat snakes are non-venomous snakes that are medium to large. They hunt their prey and subdue them by constriction, not with venom. However, they are often mistaken for rattlesnakes and are destroyed by humans when they accidentally enter people’s homes.