Cayetano questioned the motive behind the Senate hearing into the spate of extrajudicial killings in the country following the presentation of witness Edgar Matobato, who claimed to be a member of the supposed Davao Death Squad. 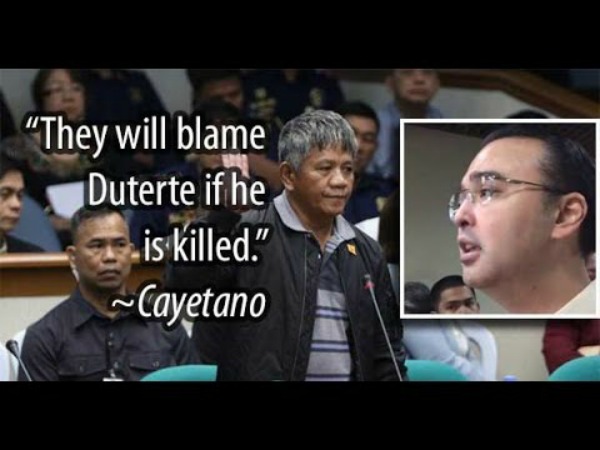 Matobato said Duterte was behind the killings in Davao  City when he was still the mayor. He also accused the President of ordering the supposed ambush of Senator Leila De Lima, a staunch critic of Duterte, in 2009.

After De Lima questioned his manner of interrogating Matobato, Cayeteno said: “I want to show that there could be a motive to destroy our President …I’m asking about you, your motive, and the motive of your party in this hearing… I am testing whether or is this part of Plan B of the Liberal Party to snatch Malacañang.”

Speaking to reporters after the Senate Hearing, Cayetano said that the actions of De Lima, Senator Antonio Trillanes IV and to a “certain extent” Sen. Franklin Drilon indicate that they are involved in the plot.

Vice President Leni Robredo said she is offended by Cayetano’s theory that the Liberal Party is behind a plot to overthrow Duterte and install her in the position. Robredo made the statement on Thursday, September 15, following Cayetano’s fearless allegations against her political party.

“We are offended by Senator Cayetano’s accusation that the Liberal Party is plotting to oust the President and that I will be the intended beneficiary of this plan,” Robredo said in a statement.

”As I have reiterated time and again, it is not good for the country to go through another period of upheaval, where the common Filipino will suffer the most.”