It’s Christmas time again and Christmas pageants are being performed in various places, most especially in schools where kids play the part of the people (and animals) in the Christmas story. For many parents, this is among the highlights of the Christmas program as they watch their kids retell the story of Christmas.

But when it comes to kids, you should really expect the unexpected – just like this school Christmas pageant which turned into an adorable brawl when a kid playing a sheep got a little bored on stage and decided to ‘kidnap’ baby Jesus so she could play with the dolly herself. LOL. 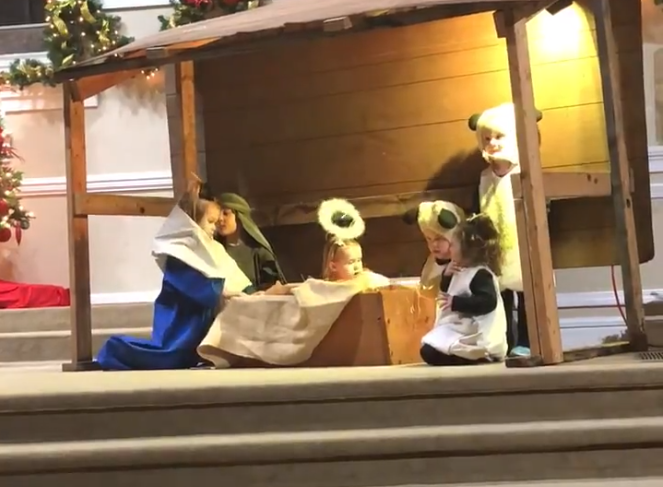 As expected in this modern world, there were lots of cameras to record the whole proceeding, including the adorable suspect’s mom.

But as the choir sang “Away in a Manger”, little Teegan got a little bored just sitting there by herself and watching the other kids with the dolly baby Jesus in the middle. She stood up and took the blanket off before taking the baby Jesus out of the manger, cuddling the dolly while slowly dancing on the stage.

The ‘kidnapping’ sent the crowd in a fit of giggles but a horrified ‘Mary’ stood up to take her baby back from the kidnapper sheep. This turned into an adorable brawl that got more laughs from the audience. An indignant Mary was able to get the baby back but the cheeky little sheep ‘kidnapped’ him again. 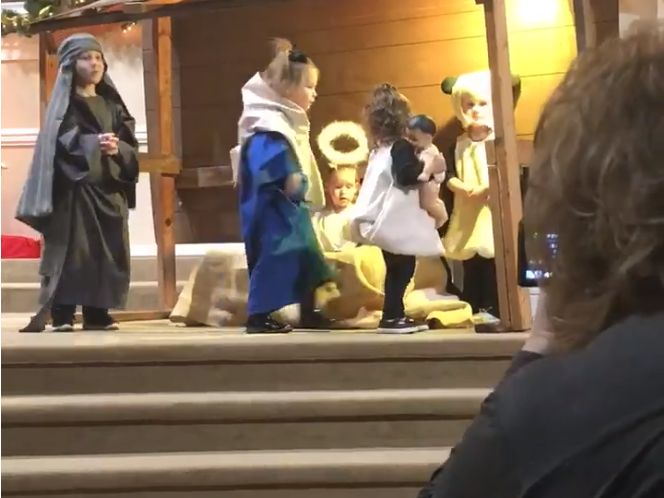 When the adorable brawl appeared to turn into a full-fledged fight, the adults realized it was time to intervene.

The amused sheep’s mom just had to post this on Facebook, saying this is certainly a program she will always remember. Within days, the video received 10 million views and over 258k shares on social media. A lot of people were certainly amused by this cheeky little sheep.