Every day when the weather permits, an 83-year-old grandpa walks from Mati to Lupon in Davao Oriental to sell native mats for a living. Considering that the distance between these two places is around 24 kilometers, this grandpa walks some 50 kilometers a day!

But he is not complaining about this – and as you can see in the photos shared by Facebook page Tambayan ni Berto Worldwide, this old man was smiling as his picture was taken by the social media user who posted the snapshots that were picked up by the site. 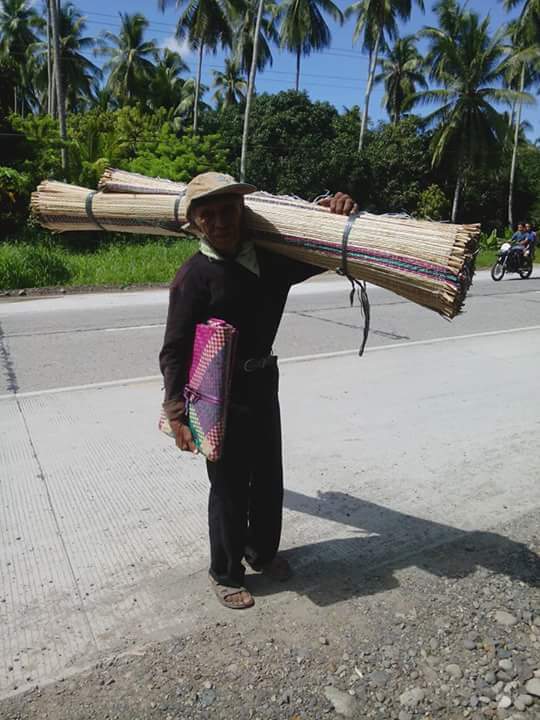 Of course, there are advantages to this kind of job because even though he is already quite old, it is easy to see that this grandpa still looks quite healthy – and how many of us can really walk 50 kilometers a day carrying a heavy item on our shoulders?

Still, despite this having benefits for the old man, this could also be dangerous considering his age. At 83, he definitely has more brittle bones and his body will be more easily tired compared with when he was younger. Moreover, he might already be having problems with hearing and seeing that could prove extra dangerous considering he walks along the highways to peddle the mats!

The social media user who first shared the photo believes that this old man deserves to be helped; although without exact details as to his name and where to find him, this can be quite difficult to do. 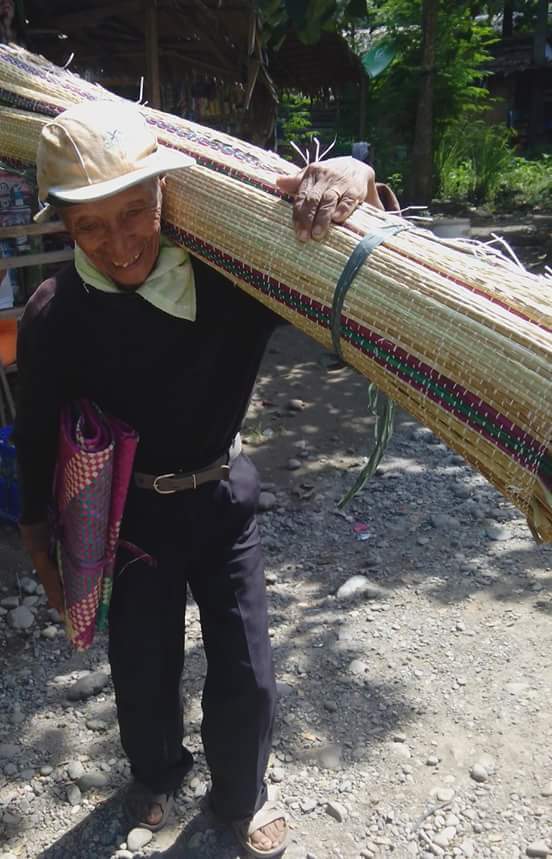 Still, the old man’s photo quickly went viral on social media – not just because people wanted to help him but also because many admired him for still being hardworking despite his age while others of much lesser age who have healthier bodies are lazily lounging inside their homes waiting for their partners or parents to bring food…

What are Native Mats?

Native mats are locally known as “banig” in the Philippines. These mats are made from woven leaves, usually of buri, sea grass, and pandanus.