A video of foreigners dancing what appears to be a (more) complicated version of tinikling has gone viral, not just because the movements seem more exciting due to the number of poles the dancers have to go through but also because the dancers weren’t Filipinos!

It surprised many people in the Philippines that these foreigners have not only mastered tinikling but have also upgraded the dance by using several sets of poles and the dancers had to move simultaneously across these poles – as opposed to having just one pair of poles as is usual with this dance.

Of course, Filipinos have also done the same thing, dancing tinikling over several sets of bamboo poles but it truly amazed them that these foreigners are doing the dance – and it appears that the clip was taken somewhere in Manila (can you recognize the landmarks?)… 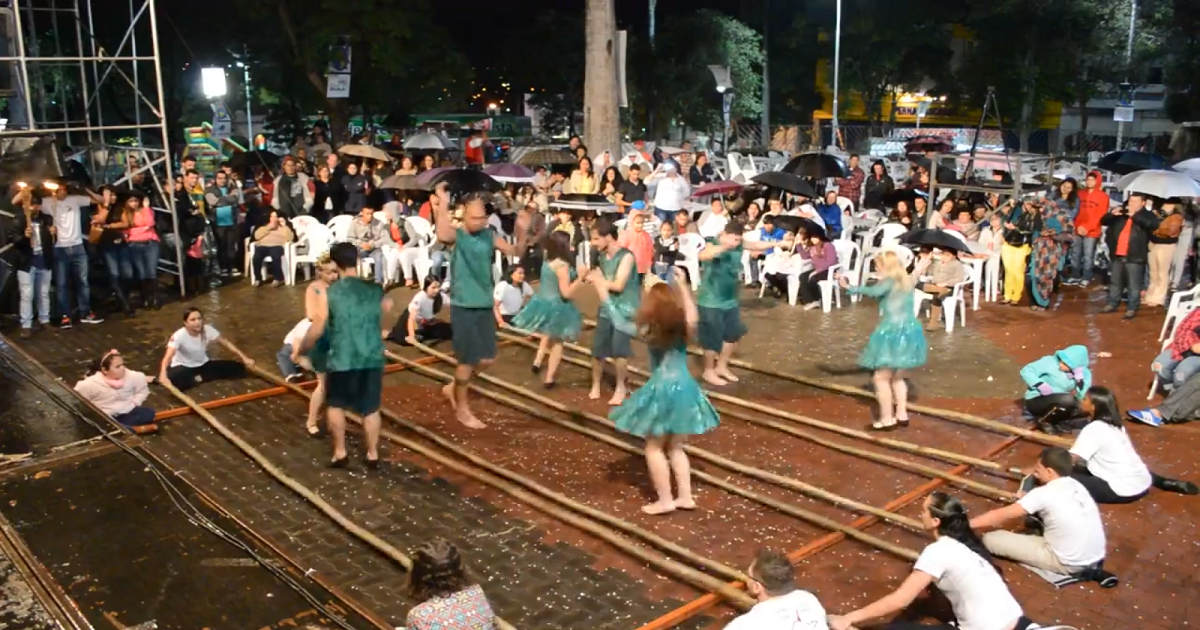 But while the video clearly amazed a lot of Filipino netizens, there were also many who commented that the foreigners weren’t dancing tinikling but some form of bamboo dance from other Asian countries. After all, these people believe that we can’t just claim all bamboo dances as tinikling, especially one as complicated as this one!

Honored as the Philippine national dance, the tinikling is the pride of the Filipino people and is one of the most popular dances done across the country. The dance is unique from other dances in that the dancers have to dance over at least one pair of bamboo poles which are tapped and beaten in rhythm.

The dance originated in Leyte and had spread across the country. Amazingly, while the dance is often performed in special occasions or programs in the Philippines, it is actually taught in physical education classes in the United States these days!