The SALT lamp or the Sustainable Alternative Lightning lamp was amply named for the said lighting device runs with salt water. What is more impressive is the fact that a Filipina had invented this innovative and eco-friendly invention.

Filipina scientist, Aisa Mijeno’s vision was to light up the rest of the Philippines sustainably. Thus, she came up with the invention that would greatly benefit even those who live in remote barrios and coastal areas. A glass of water and two tablespoons of salt can make this lamp run for eight hours. Mijeno explained that by continuous research, they were able to discover chemical compounds, catalysts and metal alloys that generate electricity when submerged in electrolytes. Various awards and recognition, both local and international, have recognized Mijeno’s breakthrough discovery. 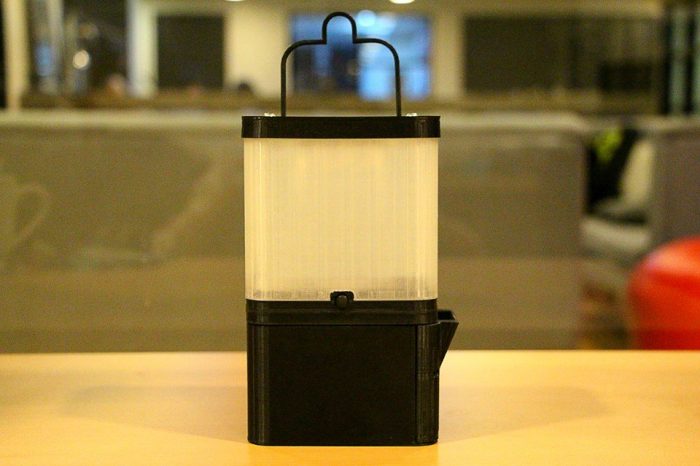 Furthermore, the SALt lamp is harmless and non-toxic. Compared to traditional lamps, it is also a lot safer because it would not ignite fire. It also does not emit much carbon footprint. Mijeno and her team are working closely with non-government organizations, local government units and charitable foundations to mass-produce the SALt lamps to be distributed to communities with scarce, or worse non-existent electricity.

Mijeno’s inspiration came when she became a part of Greenpeace Philippines. She volunteered across rural communities, thus she learned of the hardships most underprivileged citizens experienced, enduring long hours of walking for some supply of kerosene to light their lamps.

For now, every SALt lamp purchased would give another selected family a free lamp. According to a recent survey, four in every ten poor Filipino families do not have access to electricity, thus Mijeno and her team’s project would greatly benefit a lot of them.

“Our main focus is on the island communities that do not have access to electricity and have no financial capacity for acquiring alternative source of electricity,” Mijeno added.

Guest Post by : OnlineFilipinoWorkers.com is a website that caters Online Workers, it provides tips and tutorial articles on ways to earn online, Latest News and Entertainment