In the busy streets of Metro Manila and even in other cities across the country, a lot of motorists are in a hurry to reach their destinations that most have become impatient with ‘slow’ drivers on the road. Many get angry easily at those who cut them off in the street or at pedestrians who don’t move as fast as their tired legs could carry.

You’d hear a lot of horns beeping in the streets as everyone seems to be in a hurry, not wanting to spend one more minute on the road.

One driver who was sick with flu had to go to work but knew that he would certainly earn the ire of other drivers for being slow on the road. But he also knows that he should not force himself to go much faster than he could carry, knowing he might meet an accident considering he is not in his best condition. 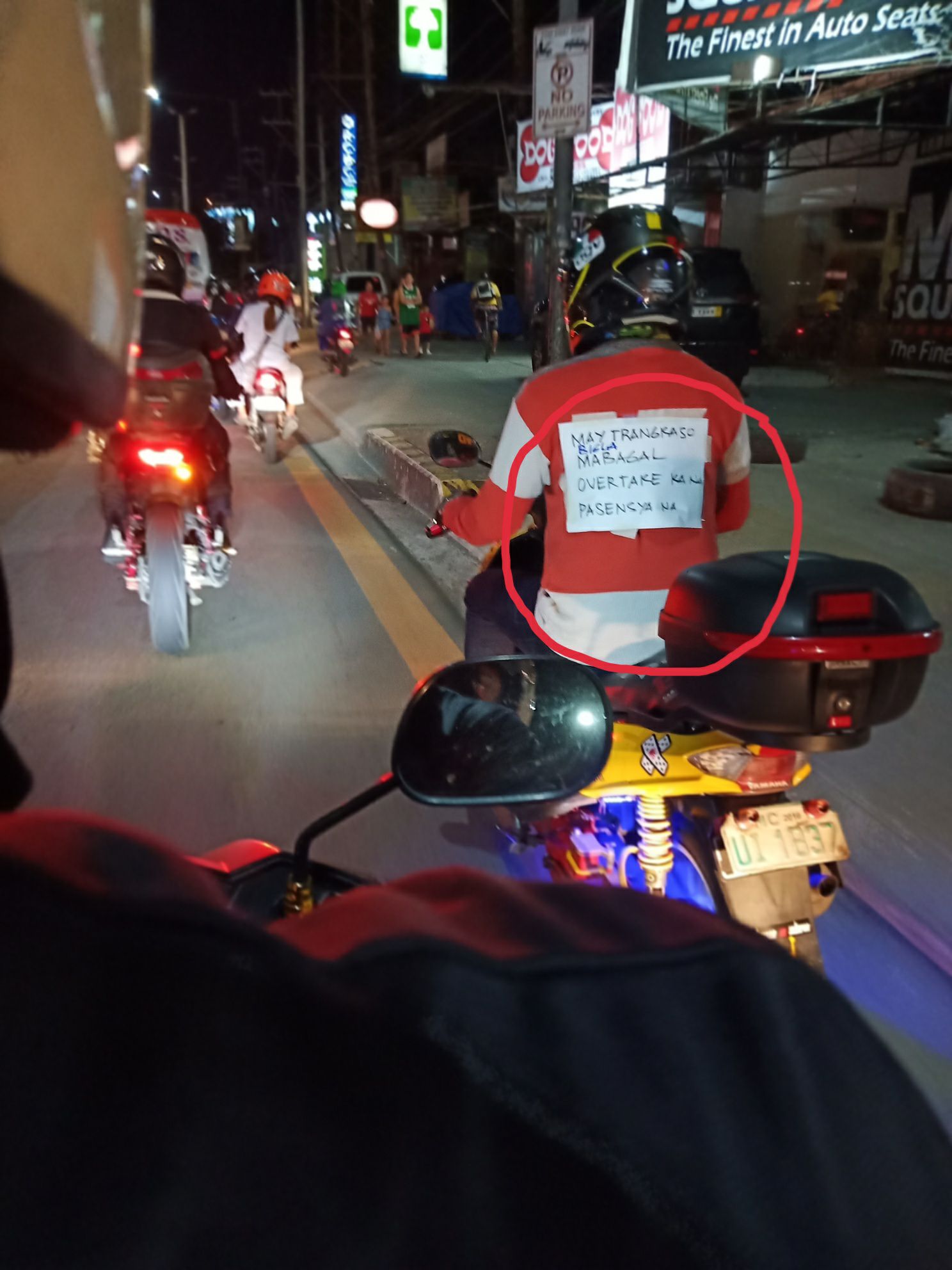 So, the rider decided to tape a large note on his back to tell the other drivers of his condition, and to ask them to just overtake him instead. He even wrote an apology addressed to the other drivers.

Netizen Aizel Lezia shared a photo of the said rider.

While Lezia was unable to get the sick driver’s name, the man earned sympathy from many netizens. Many felt sad that this man had to write this but knew how bad it can be in the streets, especially during rush hour.

“He is our dear staff… he has a very bad flu but manages to report to work. He is well known at our office as a kind, courteous, jolly, and hardworking workmate. I am proud of you Joey,” Cleo Angelo DelaFuente Guevarra wrote.