Proving that Filipinos are very talented and ingenious, an old man makes and sells intricate ornaments made of indigenous materials. He puts the crafted items inside a glass bottle – and you would surely be amazed at the intricate details on the ornament considering that he placed it inside that narrow-necked bottle!

How did he put those bahay kubo (nipa hut) and trees and even people inside the glass bottle? Well, if you really want to find out, you can watch him in action close to Sequel, near Holy Cross of Davao College, Sta. Ana Avenue, Davao City in southern Philippines. 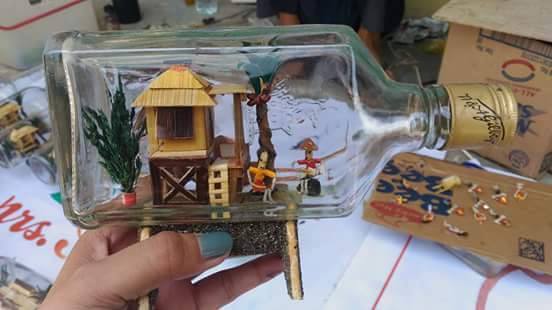 According to Trending Pinoy Videos, the Facebook page that shared the photos of the old man, he is often there on a daily basis as he sells the crafted bahay kubo at just Php80 ($1.70) – a cheap price to pay considering the hard work and craftsmanship it entails for him to create these ornamental pieces.

The page and many social media users who shared the post encourage people to buy the old man’s crafts should they get a chance to see him when they visit Davao City.

A lot of netizens also commented how this old man was creating and selling something of export quality which many are selling at higher price tags. 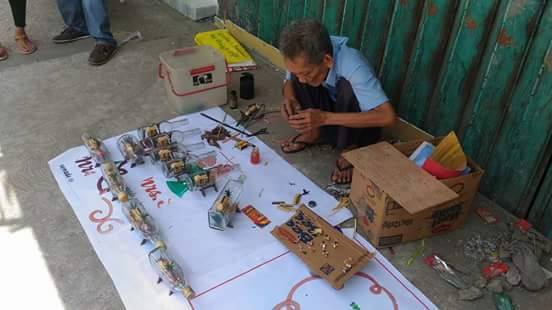 There have been calls for local netizens to help the old man sell his crafts online so that those who were impressed by the items can buy them without needing to visit Davao City – especially because it is quite far from the country’s capital (a 2-hour plane ride away).

Many expressed willingness to buy the crafts if only someone could facilitate selling them online. We do hope that the viral post will earn the attention of local officials or just anyone who can help the old man sell those stuff online.

What is a bahay kubo?

A bahay kubo is a nipa hut. It is a type of house common in the Philippines and has served as an icon of Filipino culture.