While most people want to finish their studies to become successful in life, as is the common belief, one student in Malaysia only thought of becoming a farmer. He so wanted to be one that he quit school at Standard 6.

But you can’t become a farmer without capital and if you have no land. So, this young boy, Saipol Azmir Zainuddi, first became a construction worker to earn money.

Saipol’s monthly salary was RM750 ($190) per month but for his first salary, he didn’t splurge on a new gadget or treat his friends to dinner at some popular restaurant in town. Instead, he bought a calf. 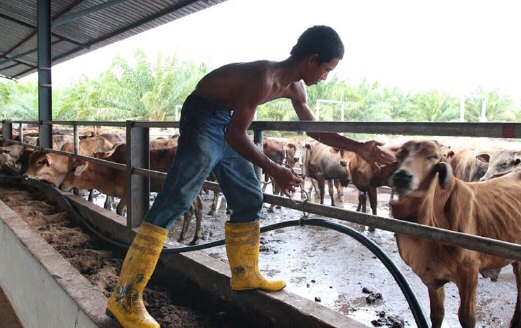 Each month, thereafter, Saipol would buy a calf which his father would take care of.

“Although I dropped out of school way earlier than my friends, that didn’t break my spirit, because being a farmer has always been my dream,” he revealed.

“By the time I was 18, I’ve already had 300 cows. During that time, my father and I raised and sold cows to villagers. I saved up all the profit made because it has always been my dream to own a farm.”

At this point in time, he was already finding success as a farmer and had quit being a construction worker but he dreamed of expanding his farm; thus, he took a loan of RM100,000 ($25,600) to buy a 0.8-hectare land for his cows.

With hard work and determination, the poor Malaysian kid became a millionaire! Today, at age 33, he owns at least 30 buffaloes, 700 cows, and 150 goats. 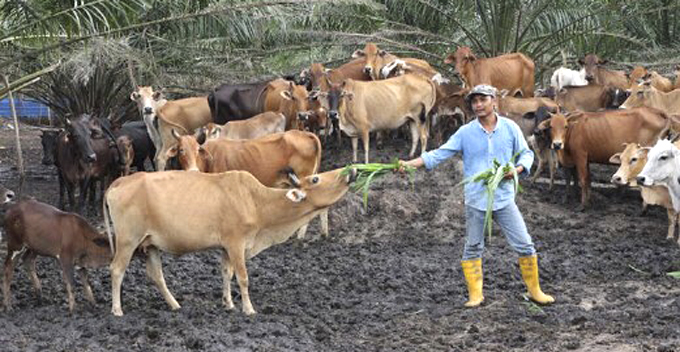 Last year alone, he earned at least RM1 million ($255,900). But what’s really impressive is that he isn’t selfish at all. Even now that he’s attained success, he is willing to share his knowledge with others and readily coaches anyone interested to know how to run a business like his.

While we don’t advocate quitting school, we encourage everyone to follow their dreams because it can lead to success…