While in the past people with disability were not given the chance to work, especially when they had to directly deal with other people, that sort of discrimination is slowly being eased away in society today.

In fact, there are lots of business establishments that readily welcome people with disabilities in their work force. One of these is Starbucks.

In a video that has since gone viral on Facebook, netizen Carly Fleischmann shared the story of Sam, the “Dancing Barista” at Starbucks in Toronto, Canada. The video has this caption: “I would like to introduce you to a teenager named Sam. When he was offered a position to work at Starbucks Sam told his parents that his life had meaning. Sam was diagnosed with autism and with a movement disorder. Sam never thought he would be able to work behind the bar but his manager Chris believed in him. They turned his movements into dance and now Sam is known as the dancing barista. More people like Sam need to be seen and heard.”

After the video went viral, Starbucks confirmed Carly’s story. It turns out that Sam was among the people who attended a summer camp for kids and people with autism. It was there that Chris found Sam who had expressed his desire to work for the coffee company.

At first, Sam was hired as a café attendant but his role was expanded to allow him to mix drinks after he gave an impassioned speech about how “people with disabilities can do more than most people believe and they are often limited by others” in front of Starbucks executive Cliff Burrows who was touched by the message.

Sam’s family is happy that he was given a chance to work in his dream job – and his co-workers think the same thing, too. In fact, his manager praised him, saying, “His happiness has rubbed off on partners and customers. I’m inspired by his success!”

What is a Barista?

The word barista comes from the Italian term for “bartender”. Whereas the bartender is known as the person who mixes and prepares alcoholic drinks, the barista prepares coffee drinks.

While it might be easy to prepare basic coffee, baristas need some skill to create other coffee beverages, including cappuccinos and lattes, especially if the drink mix involves more than just coffee, milk, and sugar. 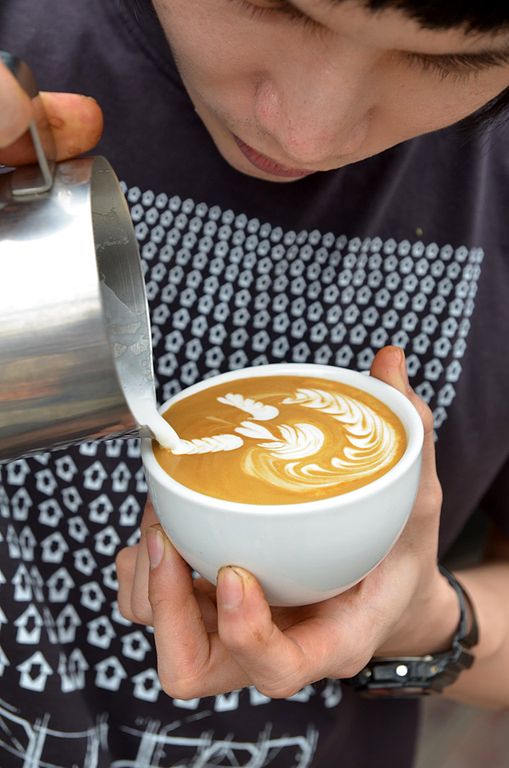 By Takeaway (Own work) [CC BY-SA 3.0], via Wikimedia Commons