Home
Entertainment
In His First 100 Days in Power, Duterte Gets “Good Rating” in Latest SWS Survey

The survey carried out from September 24 to 27 involved 1,200 adults nationwide who were subjected to face -to-face interviews. 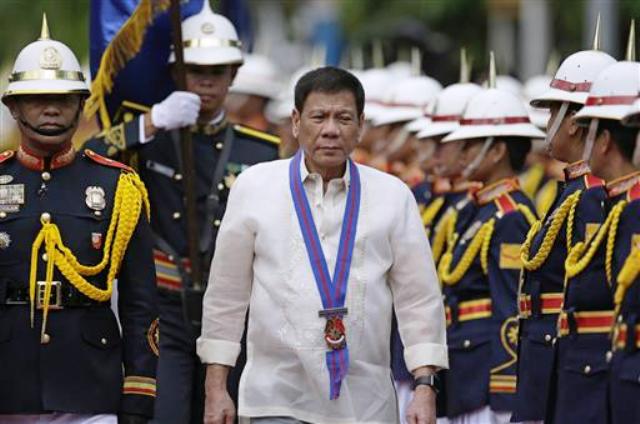 Based on the results of the survey, 76% of Filipinos are contented with the president’s performance so far. On the other hand, 11% are dissatisfied and 13% are undecided, for a net rating of +64.

This rating is higher compared to former President Benigno Aquino III’s performance rating during the same period in his administration. Former Chief Executive Fidel Ramos received a better net rating of +66 in a survey carried out from August 10 to September 8, 1992.

Upon hearing the bew,  Presidential Spokesman and Undersecretary Ernesto Abella said that results of the survey indicate that “the people, in spite of the noise, continue to trust the President.”

During and prior to the survey period, Duterte faced a lot of issues including criticisms against his campaign against illegal drugs, accusations of alleged former Davao Death Squad member Edgar Matobato, his controversial row with Senator Leila De Lima, as well as his repeated tirades against the US, the United Nations, US President Barack Obama, UN Secretary General Ban Ki-moon as well as the European Union. Before the survey period, Duterte also revealed his plans to cut ties with the US and forge stronger links with China and Russia.

It should be noted that the survey period did not include Duterte’s controversial remark about the Jews and Hitler.

Check out Duterte’s accomplishments during his first 100 days.

Founded in August 1985, Social Weather Stations or SWS is a private, non-stock and nonprofit social research institution in the Philippines. It is considered as the foremost public-opinion polling body in the country.